Top Cain Aide Has Checkered Past 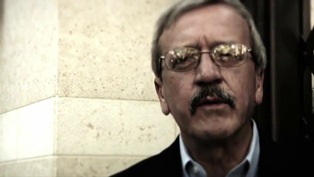 ATLANTA (AP) -- He is the man with the mustache who takes a rebellious drag on a cigarette in the Herman Cain Internet ad gone viral.

"We've run a campaign like nobody's ever seen," he says before taking a puff. "But then America's never seen a candidate like Herman Cain."

Meet Mark Block, Cain's unorthodox campaign manager. Perhaps no one is more responsible for the Georgia businessman's meteoric rise in the presidential polls than Block, a Republican strategist and tea party leader who's left a trail of questionable campaign work behind him.

Block has been accused of voter suppression and was banned from running Wisconsin political campaigns for three years to settle accusations he coordinated a judge's re-election campaign with a special interest group.

Records show Block has faced foreclosure on his home, a tax warrant by the Internal Revenue Service and a lawsuit for an unpaid bill. He also acknowledges he was arrested twice for drunken driving.

On the presidential trail, some former Cain staffers say Block broke promises. Traditional GOP strategists have been scratching their heads at his renegade tactics to win the White House, all but ignoring some early states in favor of a book tour and swings through states without early primaries.

Those who know Block say he's long been a maverick who isn't afraid to reset boundaries.

"Mark doesn't go to the how-to-run a campaign guidebook when deciding how to do things," said Jared Thomas, who was a state director for the anti-tax group Americans for Prosperity Georgia when Block led the Wisconsin chapter. "He's all about advancing conservative ideals and conservative goals, and he really doesn't mind stepping on toes in the process."

In an interview with The Associated Press at Cain's campaign headquarters south of Atlanta, Block acknowledged ruffling some feathers because he - and the Cain campaign - don't "fit the mold."

"Can you imagine Karl Rove doing what I did with that cigarette?" he said with a laugh, referring to George W. Bush's straight-laced political guru.

"It's a joke around here, `Let Block be Block," he says. He had been doing just that moments earlier, smoking his now signature cigarette on an office balcony overlooking a golf course.

The Web video has now been spoofed on just about every comedy show imaginable. And he seems both pleased and appalled at the attention it's received.

"This country is going to hell in a handbasket and that is what we're talking about?" he says.

Block's entry into politics came early. In 1974, he became the first 18-year-old elected to office in Wisconsin, capturing a seat on the Winnebago County Board of Supervisors.

But Block's reputation was marred when he was accused of illegally coordinating state Supreme Court Justice Jon Wilcox's 1997 re-election campaign with a special interest group that favored school vouchers. In 2001, he agreed to pay $15,000 and was banned from running Wisconsin political campaigns for three years to settle the case. Block made no admission of wrongdoing in the settlement. Block told the AP that he had not coordinated with the group and called the charges "ridiculous."

Unable to make a living in politics, Block paid the bills stocking shelves at a Target. He has the "Mark" nametag mounted on his desk at Cain headquarters.

Block said it was during those tough times that his home went into foreclosure and his personal life unraveled, resulting in two arrests for drinking and driving.

"That's why I don't drink anymore," he said.

But Block engineered a comeback when he was hired in 2005 as the Wisconsin director of Americans for Prosperity, the group founded by billionaire brothers Charles and David Koch. He also helped organize the tea party in Wisconsin and in that role met Cain, the former Godfather's Pizza chief executive who'd come aboard as a speaker after a failed U.S. Senate campaign in Georgia.

In Cain's new memoir, he writes that he and Block bonded when they were paired in a car for a whirlwind eight-stop, day-and-a half tour to launch new Americans for Prosperity chapters.

Still, it wasn't long before Block's campaign work again was being questioned.

In 2007, a local prosecutor investigated the group's robo-calls against a proposed $119 million school building referendum that would have raised property taxes. The prosecutor concluded that although the calls were misleading and distorted the impact of the referendum on taxpayers, the case was not strong enough to bring charges.

In 2010, a liberal group, One Wisconsin Now, said it had obtained an audio recording of a tea party meeting that indicated Block was involved in an effort to try to prevent legal voters from casting ballots in Democratic-leaning neighborhoods. A tea party organizer says on the audio that Americans for Prosperity had agreed to pay for sending a mailer to mostly Democratic-leaning minority and student voters and then use any of them returned as undeliverable to support their challenges at the polls on Election Day. One Wisconsin Now called it a notorious voter suppression scheme known as "caging," but law enforcement officials did not investigate.

Block also denied any wrongdoing in those instances, calling them baseless claims made by liberals who disagreed with his political views.

Working for Cain, Block has been accused by former Iowa staffer Kevin Hall of trying to cover up Cain's employment of Scott D. Toomey. Toomey was at the center of a financial scandal when he was part of a gay pride group in Madison, Wis., but later became a top adviser to Cain. Hall said Block told him to tell supporters that Toomey was not involved in the campaign and that they simply had Toomey continue working as an outside consultant, not a paid staffer.

Hall also complained that Block told him Cain would not spend as much time and money competing in the Iowa straw poll in August as Hall was promised when he was hired.

In "This is Herman Cain!" the GOP presidential candidate writes that Block thinks outside the box.

"In my case, thinking way out of the box. And that's one of the reasons we have a great relationship," Cain wrote.