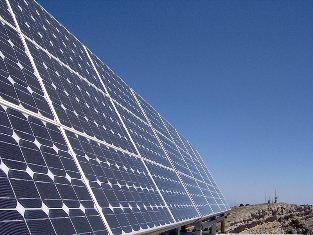 The half-billion dollar loan to Solyndra Inc. was restructured so that private investors moved ahead of taxpayers for repayment on part of the loan in case of a default.

Asked by Republican members of Congress if they had seen that occur in a federal loan, Treasury officials Gary Grippo and Gary Burner said no.

Grippo is a deputy assistant treasury secretary and Burner is chief financial officer at the Federal Financing Bank, which made a $528 million loan to Solyndra in 2009.

"`I'm unaware of - I can't give you a legal interpretation on that, sir," Burner told Rep. Cliff Stearns, R-Fla.

Grippo, who oversees the financing bank, said it was not Treasury's job to make legal interpretations. Instead, he said Treasury officials were correct to raise questions about the deal, which they did in a series of emails and memos earlier this year.

"Our role is to be as helpful as we can," Grippo said.

The testimony by the Treasury officials came after a hearing on the Solyndra loan erupted in a partisan skirmish. Rep. Henry Waxman, D-Calif., called the hearing "a rigged proceeding" and a "kangaroo court."

He and other Democrats on the House Energy and Commerce Committee criticized Republicans for not allowing the Energy Department to testify and for blocking the release of an Energy Department memo that outlined the legal basis for its decision to restructure the $528 million loan to Solyndra.

"We are going to get only one side of the story. That's no way to run an investigation," said Waxman, a former chairman of the energy committee.

Republicans said Democrats were aware of the hearing terms before it started, but agreed to enter the Energy Department memo into the record. They said Energy officials would testify at a later hearing.

Democrats say they want "to get the facts on the table," Rep. Joe Barton, R-Texas, said. "That's what we're trying to do."

The hearing Friday was focused on newly released emails that show that the Treasury Department was concerned that the loan restructuring, approved earlier this year, could violate federal law.

Administration officials have defended the loan restructuring, saying that without an infusion of cash earlier this year, Solyndra would likely have faced immediate bankruptcy, putting more than 1,000 people out of work.

Even with the federal help, Solyndra closed its doors Aug. 31 and let all its workers go.

Democrats sought the release of a 6-page memo, dated Feb. 15, 2011, outlining the legal basis for the Energy Department's decision to ensure that investors who provided additional funding to Solyndra would be repaid before the federal government if the company defaulted on the loan.

Republicans said Democrats were aware before the hearing started that Energy Department officials would not testify.

The lawmakers cite emails showing that Mary Miller, an assistant treasury secretary, said the deal could violate the law because it put investors' interests ahead of taxpayers. Miller told a top White House budget official that she had advised that any proposed restructuring be reviewed by the Justice Department before it was approved.

"To our knowledge that has never happened," Miller wrote in an Aug. 17 memo to the White House Office of Management and Budget.

Rep. Cliff Stearns, R-Fla., called Miller's memo "startling" and said it appears that DOE violated "the plain letter of the law" in approving the restructuring.

The Fremont, Calif.-based company was the first renewable-energy company to receive a loan guarantee under a stimulus-law program to encourage green energy and was frequently touted by the Obama administration as a model. Obama visited the company's Silicon Valley headquarters last year, and Vice President Joe Biden spoke by satellite at its groundbreaking.

Since then, the company's implosion and revelations that the administration hurried budget officials to finish their review of the loan in time for the September 2009 groundbreaking has become an embarrassment for Obama.