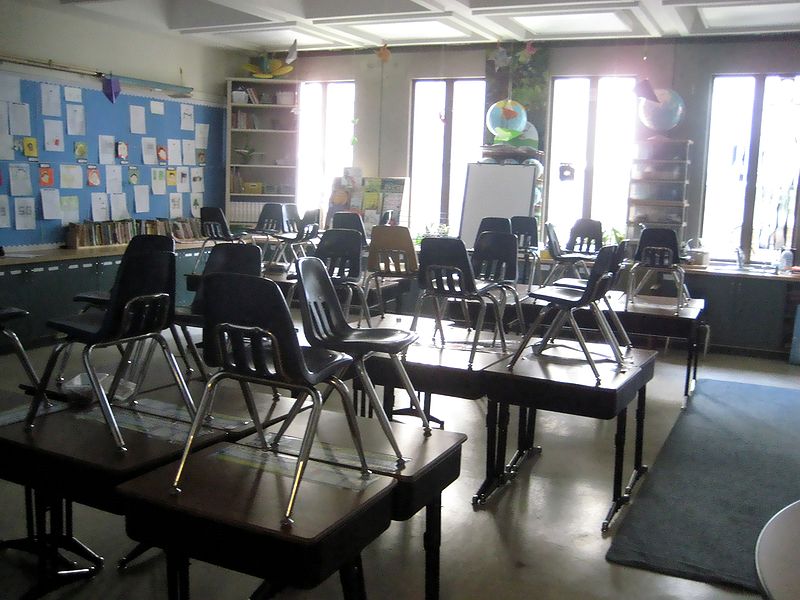 The district, the nation's second-largest, agreed to remedy the disparities through a variety of measures, including a complete overhaul of its English-learning program and improving resources such as computers and library books to schools with predominantly black student bodies.

U.S. Education Secretary Arne Duncan, who unveiled the agreement at a news conference at LAUSD headquarters, said it would help ensure that every student in the nation's second largest school district would receive the same academic opportunities "regardless of race or national origin."

Noting that these issues are "incredibly complex and politically charged," Duncan said he was encouraged by the district's sense of urgency and willingness to voluntarily remedy the disparities without an order.

"Though we still have a long way to go before we see that English learner students and African-American students are consistently getting what they need to perform up to their fullest potential, I'm confident today's agreement will help address the causes of concern that prompted our review," he said.

Duncan stopped short of saying that students' civil rights were violated and did not reveal detailed results of the investigation, just the terms of the agreement. But the Education Department said in a statement that it will monitor the district's compliance with the agreement until educational codes are met.

The agreement was the result of a "compliance review" by the Education Department's Office of Civil Rights, which was concerned about wide achievement gaps between the district's lowest performing student groups and other students.

The overall district average was 37 percent proficient in English and 17 percent in math.

LAUSD Superintendent John Deasy said the district did not dispute that disparities exist and worked to hammer out a solution with federal officials. The district will be studying how to fund the measures as plans for specific areas are developed.

The district's English-language learning program has long been criticized for allowing non-native speakers to remain in English-learning programs for years, sometimes throughout their school careers, never meeting the criteria to move into mainstream classes. Students often fall behind grade level and end up dropping out.

For the 2009-2010 school year, only 14.4 percent of English learners were reclassified as fluent.

Under the agreement, the district agreed to completely revamp its nearly 200,000-student English-learning program by next school year, with special emphasis on high school students who have not been deemed proficient in English in order to take courses needed for graduation. The district has the highest number of English-learning students in the nation.

The program will also include a component aimed at black students aimed at boosting their "academic language proficiency" starting in elementary grades.

The district agreed to remedy those disparities with fairer evaluation of gifted and talented programs and disciplinary actions, and allocating more computers and increasing library book collections.

A school-based community pilot program will be launched in an African-American neighborhood to provide health and social services, he said. No details were revealed.

Warren Fletcher, president of teachers union United Teachers Los Angeles, praised the Education Department for shining a light on longstanding disparities, but noted that the district has laid off more than 1,200 teachers and closed libraries in many schools.

"It's very general," he said of the agreement. "We have to see how those services are going to be provided."

Parent Irma Munoz, who has had three children go through the district's English learner program, said the program needed to be overhauled. Her children were put in classes with English speaking teachers who they could not understand, she said.