Mad at Bank Fees? Credit Unions Get Another Look 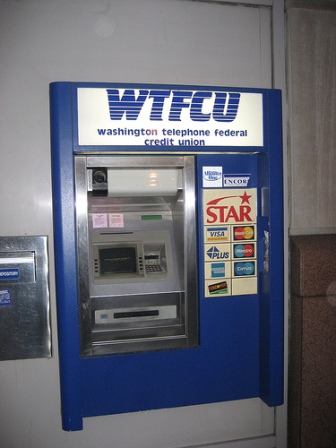 Whenever a big bank rolls out a controversial fee, customers start fuming about taking their business elsewhere and the attention often falls on credit unions. That happened again last week when Bank of America said it would soon start charging customers a $5 monthly fee to make debit card purchases.

This time around, it seems some customers have finally had it.

"`We're getting a lot of calls and messages on our Facebook page about the debit card fees too," says Tisa Head, who oversees Navy Federal's savings products.

The Credit Union National Association and National Association of Federal Credit Unions say other members are reporting an uptick in inquiries and account openings as well. And their respective websites that help users locate credit unions, www.ASmarterChoice.org and www.CULookup.com , both saw a surge in traffic in the days following Bank of America's announcement.

The news may have been the final straw for some because paying to use a debit card was unheard of until this year. The announcement also capped a year of banks pulling back on perks and hiking fees. By contrast, credit unions are known for offering more favorable fees and rates as member-owned nonprofits.

Still, the potential inconvenience and a fear of change have a tendency to keep even disgruntled bank customers from making good on their threats to leave. That's despite the numerous online banks, small community banks and credit unions eager to welcome new customers.

For those curious about what exactly a credit union can and can't offer, here's the rundown:

To start, there are more than 7,000 credit unions in the country so the fees and level of service will vary greatly.

But don't be overwhelmed; each credit union caters to a specific group, such as company employees, university workers and students or residents of a certain region. Most credit unions also let immediate family members of the target group join. So chances are that you'll be eligible to join at least one, but narrowing down a long list of possibilities likely won't be a problem.

Joining also means you'll need to buy a share in the credit union. The typical share value is $5 to $20, according to the Credit Union National Association, a trade group. That money is deposited into a savings account and represents your ownership interest; the money is returned if you decide to leave.

About a third of credit unions also charge a one-time joining fee. The median fee is just $1, but it could be as high as $50

Once you home in on a credit union you can join, be sure it offers the service you want. For example, only about half of credit unions offer credit cards. Portfolio management, small business and other services tend to be more common at banks as well. So if you like having all your finances in one place, that might be a deal breaker.

If you're switching from a major national bank, also be sure the credit union you're considering has a physical presence you can adjust to. Credit unions often participate in a "shared network" of branches. That means members of one credit union can drop in at locations of other credit unions around the country to make deposits or withdrawals. But the options still may not be as expansive as the branch network of a national bank.

Even if your credit union doesn't have a big presence, many members say the sacrifice is worth the more personalized service they get in return. For example, it may be more likely that you're connected to a live person right away when calling customer service. Over time, you may even become familiarized with the names of the employees who handle specific matters.

Beyond their more intimate feel, however, the main attraction of credit unions for many is the lower fees and rates.

The trend in the banking industry, by contrast, has been to increasingly require customers to meet certain conditions to qualify for fee waivers. Just 45 percent of banks offered free checking with no strings attached this year. That's down from 65 percent last year and 76 percent two years ago, according to Bankrate.com.

The survey on credit unions also found that nearly half do not require a minimum balance to open an account. Fees rose modestly from last year as well; bounced check fees are up by about a dollar at $26. At banks, the average overdraft fee was $31.

The nonprofit status of credit unions means that the fees and rates on credit cards, mortgages and other consumer loans in general tend to be lower. This is in great part because the interest rates they can charge are capped. In most cases, the cap is 18 percent, according to the Credit Union National Association.

To get a sense of how the cap affects rates, consider a recent snapshot of the market.

Early this year, credit union members were charged interest rates of 10 percent to 17 percent, according to a study by The Pew Charitable Trusts. At banks, customers were charged between 13 percent and 21 percent.

There was also a big difference in penalty rates; the typical penalty rate at banks was 30 percent; at credit unions, it was 18 percent.

Of course, rates on credit cards, mortgages and other loans won't always be lower at credit unions. It could be that the particular credit union you're considering doesn't offer rates as competitive as your current bank. And the specific rate you're offered from either banks or credit unions will vary depending on your credit profile.

It should also be noted that most credit cards offered by credit unions don't come with rewards programs. So if your main reason for using a credit card is to earn points, you might be better off with a bank.