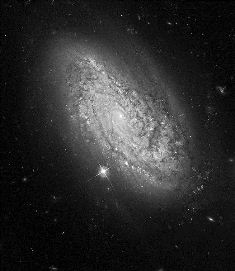 STOCKHOLM (AP) -- Three U.S.-born scientists won the Nobel Prize in physics on Tuesday for overturning a fundamental assumption in their field by showing that the expansion of the universe is constantly accelerating.

Their discovery created a new portrait of the eventual fate of the universe: a place of super-low temperatures and black skies unbroken by the light of galaxies moving away from each other at incredible speed.

Physicists had assumed for decades that the expansion of the universe was getting ever-slower, meaning that in billions of years it would resemble today's universe in many important ways.

Then, working in separate research teams during the 1990s, Saul Perlmutter, Brian Schmidt and Adam Riess found that the light from more than 50 distant exploding stars was far weaker than they expected, meaning that galaxies had to be racing away from each other at increasing speed.

The acceleration is driven by what scientists call dark energy, a cosmic force that is one of the great mysteries of the universe.

The Nobel-winning discovery implies instead that the universe will get increasingly colder as matter spreads across ever-vaster distances in space, said Lars Bergstrom, secretary of the Nobel physics committee.

The research implies that billions of years from now, the universe will become "a very, very large, but very cold and lonely place," said Charles Blue, spokesman for the American Institute of Physics.

In contrast to the big bang, that fate has been called the "big rip" to indicate how galaxies would be torn apart, he said.

Galaxies will be flying away so quickly that their light could not travel across the universe to distant observers as it does today, making the sky appear black, he said.

"For almost a century the universe has been known to be expanding as a consequence of the Big Bang about 14 billion years ago," the citation said. "However the discovery that this expansion is accelerating is astounding. If the expansion will continue to speed up the universe will end in ice."

The Royal Swedish Academy of Sciences said Perlmutter would receive half of the 10 million kronor ($1.5 million) award, with Riess and Schmidt, a U.S.-born Australian, splitting the other half.

Schmidt, 44, is the head of the High-z Supernova Search Team at the Australian National University in Weston Creek, Australia.

Schmidt said he was just sitting down to have dinner with his family in Canberra, Australia, when the phone call came from the academy.

"I was somewhat suspicious when the Swedish voice came on," Schmidt told The Associated Press. "My knees sort of went weak and I had to walk around and sort my senses out."

Riess said his "jaw dropped" when he received an early-morning call at his home in Baltimore from a bunch of Swedish men and realized "it wasn't Ikea," the Swedish furniture retailer. "I'm dazed," he told AP.

The discovery was "the biggest shakeup in physics, in my opinion, in the last 30 years," said Phillip Schewe, a physicist and spokesman at the Joint Quantum Institute, which is operated by the University of Maryland and the federal government.

"I remember everyone thinking at the time (that) there was some mistake," Schewe said. But there was no mistake, and in fact the basic finding was confirmed later by other measurements. For example, other scientists found evidence for it when they analyzed the microwave radiation left over from the big bang that still bathes the universe, he said.

Perlmutter told AP his team made the discovery in steps, analyzing the data and assuming it was wrong.

"And after months, you finally believe it," he said. "It's not quite a surprise anymore. I tell people it's the longest "aha!" experience that you've ever had."

Fred Dylla, executive director of the American Institute of Physics, said the prize confirmed an idea from Albert Einstein, called the cosmological constant, that Einstein inserted in his general theory of relativity, a cornerstone of modern physics.

Einstein later repudiated that idea as his "biggest blunder," but it did lead to a lot of theoretical and experimental studies, Dylla said.

The physics prize was the second Nobel to be announced this year. On Monday the medicine prize went to American Bruce Beutler and French scientist Jules Hoffmann who shared it with Canadian-born Ralph Steinman for their discoveries about the immune system. Steinman died three days before the announcement but since his death was not known to the committee, they decided he should keep the Nobel. Since 1974, Nobels have been awarded only to living scientists.

The Nobel Prizes were established in the will of Swedish industrialist Alfred Nobel, and have been handed out since 1901.

The prizes are handed out every year on Dec. 10, on the anniversary of Nobel's death in 1896.