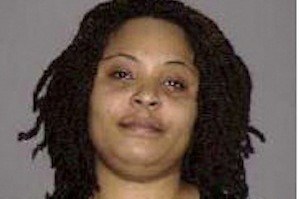 PHILADELPHIA (AP) -- Eight siblings allegedly taken from a New York child welfare agency by their mother last week have been found with their parents in a parked van in central Pennsylvania, authorities said.

The children - who range in age from 11 months to 11 years old - are in good condition, police said. Their parents, 28-year-old Shanel Nadal and 34-year-old Nephra Payne, are in custody in Harrisburg.

The children will be returned to New York City and receive any needed medical care and counseling for any trauma they experienced, the city's Administration for Children's Services said.

"An investigation by ACS is already under way into how the children could have been abducted from the foster care agency during a supervised visit," Michael Fagan, an agency spokesman, said in a statement.

Acting U.S. Marshal Martin Pane told The Associated Press that the investigation led them to watch the family's van for several hours Monday evening, when it was parked on a Harrisburg street. The father has relatives nearby, he said.

Nephra Payne was seen coming and going at times with some of the children, authorities said.

"Our initial concern was, where were the other children? But ultimately the van was searched, and all the children were in there," Pane said.

The children showed no signs of physical abuse, he said. They were placed with Dauphin County Children and Youth Services until they can be returned to New York.

The father collapsed at the scene and was taken to Harrisburg Hospital, where he remains in medical custody, Sgt. Dan Hodges of the Dauphin County district attorney's office said Tuesday. He is awaiting arraignment.

Nadal was arraigned overnight and is being held on $200,000 bail.

The parents are charged in New York with custodial interference. Hodges did not think that any additional charges had been filed in Pennsylvania.

The couple had lost custody of the children in 2009 because of abuse allegations. Nadal allegedly fled with the seven boys and one girl during a supervised visit a child agency in Queens on Sept. 19.

"It appeared as though everyone intended to spend the night in the vehicle," the Marshals Service said in a statement issued Tuesday.

Associated Press writer David B. Caruso in New York contributed to this report.