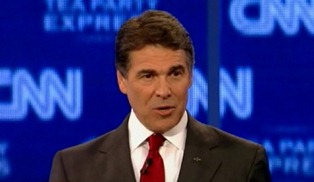 TAMPA, Fla. (AP) -- Texas Gov. Rick Perry says a massive fence along the U.S.-Mexican border isn't the answer to the nation's immigration challenges and instead says Washington should send thousands of border agents and National Guard to patrol the area.