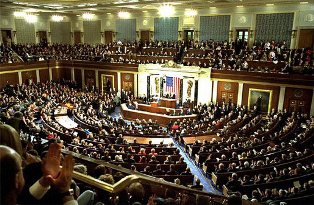 WASHINGTON (AP) -- The tiff over the timing of President Barack Obama's jobs speech to Congress offers little hope that Republicans and the White House will now find common ground on how to reduce the nation's painfully high unemployment. In fact, some Democrats say it's time Obama stopped trying so hard to negotiate.

On matters large and small, Obama has yielded to House Speaker John Boehner in a string of concessions that have unnerved Democrats and emboldened Republicans. A chorus of Democratic voices is now demanding that the president abandon his attempts at being a compromiser and instead lay out an ideological vision that distinguishes him from Republicans and becomes a template for his re-election.

Obama had asked Congress to convene a joint session next Wednesday so he could announce his jobs agenda. Boehner objected, telling the president it would be better if he came the next night. Republicans were irritated that Obama wanted to speak at the same time Republican presidential candidates would be debating in California - and sharing TV time with him.

In the end, Obama accepted Boehner's invitation to speak at 7 p.m. EDT next Thursday, early enough to avoid yet another conflict - with the opening game of the National Football League season.

Obama must create a clear contrast between what he wants and what the Republicans want, Simon Rosenberg, president of the liberal-leaning think tank NDN, wrote this week. "If the president is to win the election next year, he will have to first win the economic debate with the Republicans, something, to date, he has not done."

Democratic strategist James Carville was even sharper, decrying the spectacle of the president being forced to change the day of his address to a joint session of Congress after Boehner took issue with Obama's initial request.

"The last thing that the White House needed was to appear to cave in to the speaker, and that's what happened," he said Thursday on ABC.

The pointed advice comes as Democrats are becoming increasingly anxious that joblessness and a weak economy are defining Obama's presidency and imperiling his re-election. His attempts to compromise with Republicans, they argue, have resulted in policies that have hurt him and the economy.

The critique goes to the heart of what Obama advisers say is the president's inclination to propose policies that have a chance of being accomplished. It also challenges the White House strategy of portraying the president as a sensible and pragmatic leader who is as frustrated with the ways of Washington as the public.

White House spokesman Jay Carney reiterated on Thursday that the president intends to offer proposals that "are reasonable and ... should receive bipartisan support."

That strategy, these Democrats say, has not helped the president set a course for the economy.

Last December, Obama won a temporary payroll tax cut for workers, but he had to give up, at least until the end of 2012, on his insistence that Bush-era tax cuts should no longer apply to the wealthy. Earlier this year he avoided a government shutdown by agreeing to Republican demands for budget cuts. And this summer he won an increase in the nation's debt ceiling but had to accede to more than a $1 trillion in spending reductions, with more to come.

"As the economy slows, fostering growth and rejecting austerity becomes an even greater imperative now," Rosenberg said in an interview. "His speech must reflect that. "

The contretemps over the date of Obama's speech added to the Democrats' dismay.

Some, like Carville, argued that the White House erred by seeking to schedule the address next Wednesday, at the same time as a Republican presidential debate. "I do think this is a really big debate, and I think the White House was out of bounds," Carville said.

After Obama yielded to Boehner's timing request, the blogger Markos Moulitsas, founder of the liberal Web site DailyKos, posted ruefully on his Twitter account: "I hope Boehner doesn't ask Obama for his lunch money. The president would go hungry that day."

Carney characterized the flap over the timing of the president's address to Congress next week as a "side show" and not what people care about. He said the American people "don't give a lick" about when Obama speaks but do care about what he says.

In a bleak assessment that added urgency to the president's speech, the White House budget office on Thursday predicted that without new polices unemployment will remain at 9 percent next year. It also projected overall growth this year at just 1.7 percent, a full percentage point less than the administration predicted at the beginning of the year. On the other hand, the budget office review said that the projected deficit for the year ending Sept. 30 will be $1.3 trillion, $300 billion less than it projected in February.

White House officials say not all details of the president's address have been decided, though he is expected to seek an extension of the payroll tax cut and lay out proposals to increase hiring with a blend of tax incentives for business and government spending for public works projects. At the same time, White House officials say, he will offer long-term deficit reductions to make up for any upfront spending. Republicans reject any short-term spending, however, and argue that economic growth can be achieved through less regulation and with permanent corporate tax cuts.

Yet even as Obama presses for a legislative package of job creating measures, he is also laying the groundwork to use Republican opposition as a campaign issue in 2012. Illustrating the fine line between governing and political campaigning, Obama issued a plea through his presidential campaign late Wednesday calling for public support in holding Congress accountable.

In an email entitled "Frustrated," Obama said he would deliver details of his jobs plan to Congress next week. "Whether they will do the job they were elected to do is ultimately up to them," he wrote. "But both you and I can pressure them to do the right thing."

The email asked supporters to provide their name and email addresses, a mobilizing tactic useful both to push for legislative action and to build a foundation for his re-election.

"Everybody understands that this is both political and substantive at the same time," said Matt Bennett, a former White House aide under Bill Clinton and vice president of Third Way, a Democratic-leaning group that advocates centrist policies. "It's good for Obama if he can get some deals cut."

Bennett and White House officials point out that Republicans have walked away from deficit cutting deals with the president. They argue that Republican opposition has contributed to lawmakers' poor standing in public opinion polls.

Indeed, while a slight majority disapprove of the president, he has higher approval ratings than congressional Democrats and Republicans,

But Republicans argue that individual lawmakers will fare better than the overall view of Congress would suggest.