Infrastructure Bank Could Be Part of Obama's Jobs Package 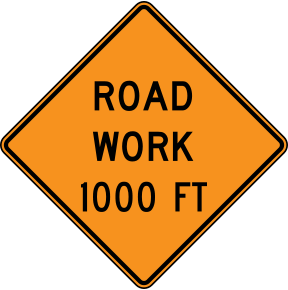 WASHINGTON (AP) -- A national infrastructure bank that would entice private investors into road and rail projects could be a major part of the jobs package that President Barack Obama hopes will finally bring relief to the unemployed.

The White House hasn't divulged the contents of the package that Obama is to unveil in an address to a joint session of Congress next Thursday. But the president has pushed the idea of an infrastructure bank in recent speeches and has praised Senate and House bills that create such a government-sponsored lending institution.

Whether the bank, which would need time to organize, could have any real impact on the jobs situation in the coming year - and particularly before the November 2012 elections - is in dispute.

Obama seems to think it would.

He said at a July news conference that while the bank he is proposing is "relatively small," he could imagine "a project where we're rebuilding roads and bridges and ports and schools and broadband lines and smart grids, and taking all those construction workers and putting them to work right now."

But Janet Kavinoky, director of infrastructure issues at the U.S. Chamber of Commerce, cautioned that "even in the next two years I don't believe the bank is going to be that kind of job creator."

The best way to spur job growth in the short term is for Congress to pass long-stalled bills to fund aviation and highway programs, she said.

The Chamber of Commerce strongly supports the infrastructure bank. Kavinoky said the United States is one of the few large countries that lack a central source of low-cost financing for construction projects. But she said it's going to take time to get it running and come up with a pipeline of projects where funds can be invested.

Sen. John Kerry, D-Mass., who's sponsoring an infrastructure bank bill, argued that "we have projects all across America that are ready to go tomorrow." He said the bank "could have money flowing in the next year easily."

Michael Likosky, senior fellow at the NYU Institute for Public Knowledge and author of "Obama's Bank: Financing a Durable New Deal," says he is working with transportation agencies in California and New York that "are waiting for the federal government to say they are going to support these projects."

A commitment to a national infrastructure bank could also provide a positive spark to financial markets and encourage investment, he said.

The bank would supplement federal spending on infrastructure by promoting private-sector investment in projects of national or regional significance. The private sector currently provides only about 6 percent of infrastructure spending.

Supporters, which range from the Chamber of Commerce to the AFL-CIO, say pension funds, private equity funds and sovereign wealth funds have hundreds of billions of dollars ready to be invested in low-risk infrastructure projects.

It's better than having pension fund money go to Treasury bonds, Likosky said. "It's really about changing our approach; we're in tough economic times and we will be for a while. We have to make sure the money we have goes further."

The Kerry bill would require $10 billion in start-up money from the government to get the first loans going and cover administrative costs. The bank would be government owned, run by a board of directors, independent of any federal agency and self-sustaining after the initial expense. Public-private partnerships, corporations and state and local governments would be eligible for the loans.

The bank's directors would pick which projects to finance based on an analysis of costs, benefits and revenue streams, such as from tolls or fees, for repaying the loan. Once the terms of the loan, including interest rates and fees to cover risk, are set, the Treasury Department would disburse the loan.

Urban projects would have to be at least $100 million in size, rural ones $25 million. The infrastructure bank's loan could cover no more than 50 percent of a project's costs.

"There is going to be a revenue stream for payback and therefore the project is going to stand on its own because it will be a good enough project to attract private-sector funding," said Sen. Kay Bailey Hutchison of Texas, one of several Republican co-sponsors of the Kerry plan.

In the House, Rep. Rosa DeLauro, D-Conn., has a similar bill that relies on $25 billion in start-up money and makes use of bonds as well as loans to stimulate construction projects. Both Kerry and DeLauro would cover transportation, water and energy projects.

DeLauro would also include communications projects. She says her bill is modeled after the European Investment Bank, which has been financing infrastructure projects for 50 years and last year invested more than $100 billion.

Obama, in his 2012 budget proposal, envisioned spending $30 billion to start an infrastructure bank within the Transportation Department that would provide grants as well as loans to transportation projects.

That idea drew opposition from the House Transportation Committee chairman, Rep. John Mica, R-Fla. He said in a recent article in the congressional newspaper Roll Call that it would be better to increase help for existing state infrastructure banks "rather than increasing the size of the bloated federal bureaucracy, as some advocate, by creating a national infrastructure bank."

Kerry pointed to a 2009 American Society of Civil Engineers report that said $2.2 trillion needs to be spent over five years to bring the nation's roads, bridges and water systems up to an adequate level. He said Congress needs to both pass a new highway bill and agree on alternatives like the bank.

"If we can leverage $650 billion and get money going in the transportation bill, we can begin to nibble away at the problem," Kerry said.