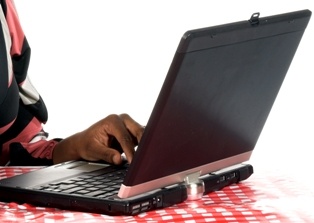 COLUMBIA, Mo. (AP) -- As they prepare lesson plans for fall, teachers across Missouri have an extra chore before the new school year begins: purging their Facebook friend lists to comply with a new state law that limits their contact with students on social networks.

The law was proposed after an Associated Press investigation found 87 Missouri teachers had lost their licenses between 2001 and 2005 because of sexual misconduct, some of which involved exchanging explicit online messages with students.

But many teachers are protesting the new restrictions, complaining the law will hurt their ability to keep in touch with students, whether for classroom purposes, personal problems or even emergencies.

The new law forbids teachers from having "exclusive access" online with current students or former students who remain minors, meaning any contact on Facebook or other sites must be done in public rather than through private messages.

Lucinda Lawson, an English teacher at Hartville High School in southern Missouri, expects to purge nearly 80 current and former students from her Facebook account, and she worries that doing so could leave some students vulnerable.

Private messages give "truly supportive teachers the chance to get help for them when they're in dangerous or compromising situations," Lawson said.

Lawson once called a state child-abuse hotline after a private online conversation revealed dangerous drug use by a student's adult family member. She encouraged a pregnant teen to remain in school and helped the girl tell her parents. Another student confided that his attendance woes and classroom struggles were caused by the financial and emotional stress of caring for a mentally ill parent.

Lawson has no qualms with other provisions in the law to monitor teachers accused of sexual misconduct, such as conducting annual criminal background checks and requiring districts to share information about employees who are fired or resign in sex-abuse cases.

Still, she says, teachers often use Facebook and other online forums for legitimate educational purposes - and to help students with personal troubles they might not be willing to discuss in more public settings.

In Joplin, where 160 people died and hundreds more were injured by a historic tornado in May, several teachers relied on Facebook to track down missing students in the storm's immediate aftermath.

"I am not a pervert and don't wish to be treated as one," Joplin middle school teacher Alana Maddock wrote in an email to Gov. Jay Nixon in June, not long before he signed the legislation. "I am very responsible with my Facebook pages and don't appreciate being assumed to be a danger to my students."

The law, which takes effect Aug. 28, does not outright prohibit teachers from interacting with students on Facebook, Twitter, MySpace and other sites. Instead, it requires local school districts to create written policies by January that outline "appropriate use of electronic media such as text messaging and Internet sites for both instructional and personal purposes."

It will be up to individual districts to define "exclusive access," but in general the law holds that any contact must be made in the public sphere rather than through private messages. So teachers can set up public Facebook pages or Twitter accounts but can't reach out to their students as friends or followers, or vice versa.

State Sen. Jane Cunningham, who sponsored the proposal, said many educators who have spoken against the new rules misunderstand them. The legislation had backing from education lobbyists and organized teacher groups and enjoyed unanimous support from lawmakers.

"Any teacher who is really working hard with a student privately would want to have a parent or administrator know how hard they're working," said Cunningham, a Republican from suburban St. Louis. "The only problem is if there's something they want to hide."

Despite its earlier support for the measure, the Missouri State Teachers Association now says it plans to seek changes when legislators return to the Capitol in January.

"The problem is the bill is so vague," said Todd Fuller, a spokesman for the statewide teachers' group. "There is a lot of interpretation left up to a local school district."

Many school districts already have such policies in place, and individual teachers have their own internal guidelines, Fuller added.

Nate Smith, a debate coach and history teacher at Lee's Summit High School near Kansas City, said he already declines students' Facebook friend requests to maintain personal and professional distance. He worries that some overzealous districts will go even further than the limits spelled out in the new law.

"You'll have a lot of school districts that will ban all forms of social media communication with students," he said. "There could be some really good educational opportunities lost."

In Hartville, Lawson isn't the only member of her household who needs to amend her Facebook settings. Her husband is also a teacher, and their 14-year-old daughter, Olivia, relied on Facebook to communicate with her English teacher to discuss school projects.

Olivia Lawson said she spends several hours a day on Facebook. And like her mother, she recalls examples of friends and classmates who shared concerns with teachers online that they would not dare discuss in person.

"In person, there's always the chance of someone else hearing you," she said. "Sometimes you don't really want your friends to know what you're talking about with a teacher."

Alan Scher Zagier can be reached at http://twitter.com/azagier