White Firefighters Get $2m in Damages in Racial Bias Case 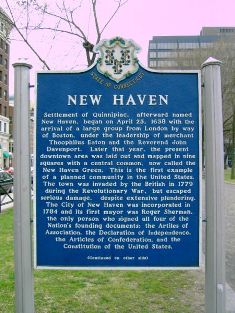 NEW HAVEN, Conn. (AP) -- A White group of firefighters who won a reverse discrimination case before the U.S. Supreme Court in 2009 have been awarded about $2 million in damages from the city of New Haven, ending a 7-year-old legal battle that fueled national debate over racial justice, officials said Thursday.

The Supreme Court ruled that officials violated White firefighters' civil rights when they threw out 2003 promotion tests results because too few minorities did well. The firefighters returned to U.S. District Court in Connecticut seeking back pay, damages and legal fees.

Court papers indicate 20 firefighters accepted offers Wednesday from the city for back pay, additional pension benefits and interest. A trial to decide the damages had been set to begin Aug. 26.

Attorneys for the city told The Associated Press on Thursday that the firefighters will receive about $2 million and the city will pay their attorneys' fees and costs of about $3 million.

"I think it's a fair offer," said Richard Roberts, an attorney who represented the city.

"We're glad we can move ahead and put this behind us."

City officials said the settlement, which includes three years of pension credit, avoids the cost and uncertainty of further litigation. They said the settlement will be paid for from an account set aside for the case and insurance proceeds.

"In addition to recognizing that this resolution allows the city to move forward, I want to acknowledge the work of the New Haven firefighters who never allowed this debate to affect their performance on the fire grounds, or, with one another," said Mayor John DeStefano. "Their service to the people of New Haven and to their units has been and remains exemplary."

Roberts said the settlement does not require a judge's approval. Karen Torre, attorney for the firefighters, said the process should be completed in a few days.

Torre argued in court in 2009 that the firefighters were entitled to back pay with interest for long-overdue promotions, several categories of damages and attorney fees. She said the firefighters were subject to "the humiliation and economic hardship of prolonged career stagnancy in a rancorous atmosphere fostered by raw racial divides."

The case became an issue in confirmation hearings for Supreme Court Justice Sonia Sotomayor, who ruled against the White firefighters when she served on a federal appeals court before becoming the nation's first Hispanic on the high court.

The lead plaintiff, firefighter Frank Ricci, told the Senate Judiciary Committee he studied hard, played by the rules, and was denied a promotion because of the color of his skin. Sotomayor repeatedly was questioned about her ruling in the case during four days of testimony before the committee and argued her decision was evidence that she hews to the law and precedent, not emotion or sympathies.

A national poll conducted by Quinnipiac University at the time found more than 70 percent of those surveyed thought the firefighters should have been promoted. At the same time, about three-fifths said the case shouldn't make any difference in whether Sotomayor was confirmed for the high court.

New Haven officials said they were worried at the time about a lawsuit from Black firefighters after only two of 50 minority candidates would have been eligible for promotion based on the test results. After the Supreme Court ruling, the city certified the exam results and promoted everyone who would have been promoted if the exams had been certified in the first place.