Seattle Girl Gets Charity Wish Met After Death in Crash 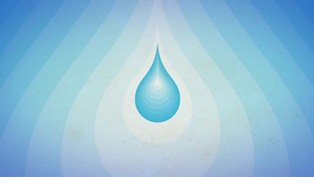 SEATTLE (AP) -- Nine-year-old Rachel Beckwith had hoped to raise $300 to bring clean water to an African village. She was close to that goal when she died after a car crash.

Support for her cause has swelled since her death and by Wednesday afternoon, nearly 16,000 people made donations totaling more than $550,000 to "charity: water" in Rachel's honor.

Many of those gifts from strangers were for $9 each.

On a website set up by Rachel and her mother before her birthday, she explained the inspiration for her project.

"I found out that millions of people don't live to see their 5th birthday. And why? Because they didn't have access to clean, safe water so I'm celebrating my birthday like never before," she wrote. "I'm asking from everyone I know to donate to my campaign instead of gifts for my birthday."

By her June 12 birthday, $220 was raised and the page was closed. On July 20, Rachel was fatally injured in a 13-car pileup on Interstate 90 in Bellevue, Wash. Over the weekend, she was taken off life support and a pastor from her church arranged for the donation page to be reopened.

On Monday, Rachel's mom, Samantha Paul, who was also injured in the accident and has declined to be interviewed, thanked donors online for their generosity.

"I am in awe of the overwhelming love to take my daughter's dream and make it a reality. In the face of unexplainable pain you have provided undeniable hope," Paul wrote. "I know Rachel is smiling!"

Her little sister, Sienna, was also in the car but not seriously injured.

The total raised by Rachel's appeal for "charity: water" has been growing exponentially since the weekend, increasing by nearly $100,000 on Wednesday.

"We've all been so deeply moved by Rachel's unselfishness," said nonprofit founder Scott Harrison, who used his own 34th and 35th birthdays to raise money to bring clean drinking water to Africa.

"Charity: water" estimates each $20 donation is enough to provide one person with clean drinking water for decades. The New York-based charity has raised more than $36 million in the past five years and supported 3,962 water projects in 19 countries. The money is spent mostly to dig wells, improve water systems or catch rainwater and the projects usually serve entire communities.

Rachel's fundraising campaign has quickly become the largest in the history of "charity: water," which depends mostly on individuals to invite their friends and families to give money to celebrate a birthday or wedding or other event, said spokeswoman Sarah Cohen.

Rachel was inspired to support the charity when Harrison spoke at her church.

Donors wrote on Rachel's page that they were humbled by her generosity, called her an angel, and some even asked her to say hello to dead relatives.

"What great things can be accomplished by the wish of a little girl," wrote a donor who identified herself as Leann Groby and donated $15.

A number of donors were inspired to start their own "charity: water" pages.

"What a gift from God her charity will be for so many people who will never know her," wrote Gregory Chiartas, who donated $50 on Wednesday and set up his own page to seek more donations from his friends.

Jeremy Johnson, assistant pastor at Eastlake Community Church in Bothell, which Rachel's family attends, said the community is thankful for the outpouring of support and love for Rachel.

By email, he declined requests for interviews, saying the church was happy about how the campaign had grown and didn't want to get in the way of the family or make anyone think they were trying to promote the church.

"Our primary focus now is to make sure that the family doesn't have to incur crippling expenses related to medical or funeral bills. It is to this that we now direct our energies," Johnson wrote.

Another church member is raising money to help the family with their expenses.