Special to the NNPA from the Afro-American Newspapers
Published: 26 July 2011 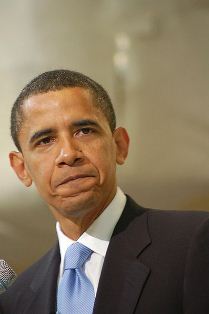 Recent U.S. Department of Labor (DOL) statistics show that Blacks are still the group hardest hit by the economic recession—showing a 16.2 percent unemployment rate in June.  According to Politic365.com, it is unclear how Blacks will vote in 2012 and if Black joblessness will affect President Obama's 2012 re-election campaign.

Out of 14.1 million unemployed people, Hispanics are the second hardest hit with an 11.6 percent rate.  Rep. Emanuel Cleaver, chairman of the Congressional Black Caucus, said that if Whites had the highest unemployment percentages, Congress would be outraged.

"Can you imagine a situation with any other group of workers … if 34 percent of white women were out there looking for work and couldn't find it?" he said. "You would see congressional hearings and community gatherings.  There would be rallies and protest marches.  There is no way that this would be allowed to stand."

The question remains whether unemployment rates will affect the Black presidential vote. According to Politic365, Black voting patterns will remain the same.

"African Americans have remained loyal to the Democrat party, whether they're economically prosperous or impoverished," the article stated.

David Bositis, a senior researcher at the Joint Center for Political and Economic Studies, agreed. He said Blacks understand Obama is struggling to get initiatives, such as health care reform, implemented because of the Congress divide.

"He's not God.  There's a limit to what he can do while Republicans are in control," Bositis said. "I doubt it's going to have much effect on the election."

But New York Times writer and statistician Nate Silver called the prediction of another Black vote sweep by Obama "quite fuzzy."

In "On the Maddeningly Inexact Relationship Between Unemployment and Re-Election," published June 2 in the Times, he wrote: "Historically, the relationship between the unemployment rate and a president's performance on Election Day is complicated and tenuous."

"Unemployment increased by 1.9 percentage points over the course of Richard M. Nixon's first term, but he won re-election easily," he wrote.  "The unemployment rate fell to 3.9 percent from 5.3 percent, meanwhile, in Bill Clinton's second term—but his vice president, Al Gore, could not beat Mr. Bush in the Electoral College."

"…historically, the correlation between the unemployment rate and a president's electoral performance has been essentially zero," he said.

In the DOL report, unemployment rates have increased from March to June, with 545,000 being added to the jobless pool.