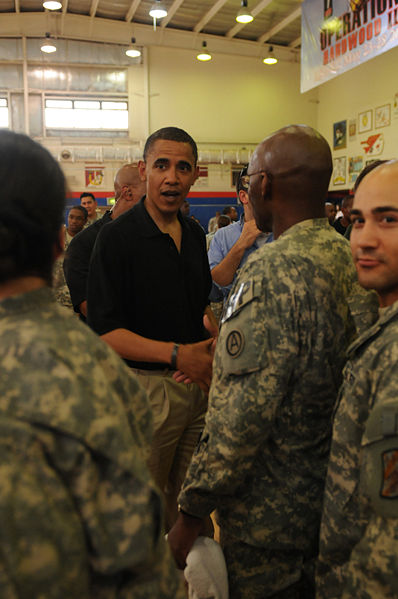 WASHINGTON (AP) -- President Barack Obama and Pentagon leaders are poised to end the 17-year-old ban on gays serving openly in the military.

Before their White House meeting Friday, Defense Secretary Leon Panetta and Adm. Mike Mullen, the Joint Chiefs of Staff chairman, were expected to certify that repealing the "Don't Ask, Don't Tell" policy would not jeopardize the military's ability to fight.

Obama, who pledged during his 2008 presidential campaign to dismantle the Bill Clinton-era policy, also was expected to certify the change to Congress. The repeal would take effect in 60 days, as laid out in the law passed in December.

The repeal has drawn strong opposition from some in Congress. There was initial reluctance from military leaders who worried it could cause a backlash and erode troop cohesion on the battlefield.

But two weeks ago, the chiefs of the military services told Panetta that ending the ban would not affect military readiness.

The Pentagon is expected to spend the next 60 days preparing the troops for the change, and ironing out the legal and technical details, including how it will affect housing, military transfers and other health and social benefits.

In most cases, the guidelines demand that gays and lesbians be treated like any other member of the military.

There will be differences, however. Same sex partners will not get the same housing and other benefits as married couples. Instead, they more often will be treated like unmarried couples.