Heat 'Dome' Traps Much of Us in Pressure Cooker 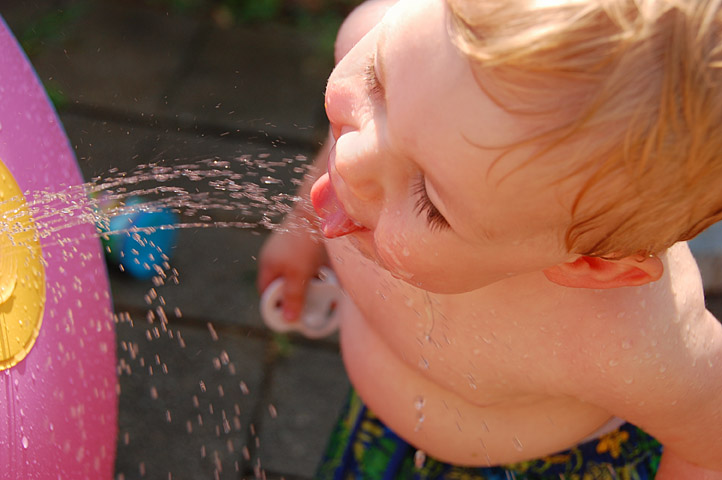 CHICAGO (AP) -- For millions of people enduring this week's extreme heat and humidity, it feels like they're living in a pressure cooker. And in a sense, they are.

Much of the United States is trapped under a heat "dome" caused by a huge area of high pressure that's compressing hot, moist air beneath it, leading to miserable temperatures in the mid-90s to low 100s and heat-index levels well above 100 degrees. The oppressive conditions extend from the northern Plains states to Texas and from Nebraska to the Ohio Valley. And they're expanding eastward.

"It's hot no matter what you're doing or where you are," said Tim Prader, a 50-year-old construction worker who was taking a break Tuesday at a job site in St. Louis. Although his huge Caterpillar excavator has air conditioning, he couldn't entirely escape. "When you're done for the day, you're ready to eat, drink and hit the couch."

When a high pressure system develops in the upper atmosphere, the air below it sinks and compresses because there's more weight on top, causing temperatures in the lower atmosphere to heat up, said Eli Jacks, a meteorologist with the National Weather Service in Silver Spring, Md.

The dome of high pressure also pushes the jet stream and its drier, cooler air, farther north - it's now well into Canada - while hot, humid air from the Gulf of Mexico circulates clockwise around the dome, traveling farther inland than normal.

That also explains why temperatures in, say, North Dakota this week aren't all that different from temperatures in Houston, he said. The big difference is that people in Houston are accustomed to hot weather, while those in the north are not.

"In places where the highest temperature you ever expect is in the 80s and you're at 102, there are big health concerns," because fewer people have air conditioning or fans, Jacks said. "Heat is the No. 1 killer out of all weather hazards."

What's more, because of the humidity, even nighttime brings little relief.

"It's been 100 degrees at 11 o'clock, lately, at night," said Curtis Mark, who was servicing air conditioners Tuesday at the Greer County Courthouse in Mangum, Okla., where the temperature was 106 degrees at noon. "Stay indoors is about all I do."

Fellow Oklahoman Norma Lauer of Granite said she puts cold water on her hands and arms before going to bed and then lies down "without covering up on the bed, under the fan" and with the air conditioner running.

Thunderstorms can develop around the perimeter of the dome - called the "ring of fire" - bringing temporary relief to some areas, said Kevin Birk, a National Weather Service meteorologist in Illinois. But this dome is so large that the heat rebuilds quickly, Birk said.

While heat domes aren't uncommon, this one is unusual because of its size and duration. It began three days ago and may last seven to 10 days in some locations. And it's moving eastward, with temperatures expected to reach 100 degrees in Washington by Thursday.

National Oceanic and Atmospheric Administration records show that the United States broke 25 local high records for the date on Monday, including 103 degrees in both Edgemont S.D., and Victoria, Texas.

On Tuesday, it was 102 in Manhattan, Kan., and Valentine, Neb. The mercury rose to 100 in Joplin, Mo., and Rockford, Ill. - which tied that city's record for the date set in 1930. And in some cities it will be even hotter Wednesday: Chicago reached 93 degrees Tuesday, with 97 forecast for Wednesday.

But relief is on the way. Cooler air should begin moving into the Plains states this weekend, as a strong pool of air from the jet stream begins to push hot air out of the way in the Dakotas and into Minnesota before making its way east. By Monday, temperatures will drop into the mid-80s in the north, while they still could be sweltering in the East, he said.

"This is really an exceptional event, I think it's fair to say ... in terms of scope and duration," Jacks said.

Sweet corn grower Ron Deardorff of Adel, Iowa, is ready for a break in the weather.

The 64-year-old spent Tuesday morning helping his crew of 24 pick corn in the field and by noon was driving the harvest to a grocery store in Des Moines - with a temperature of 95 degrees, a heat index of 105 and no air conditioning.

"Sometimes I have to change shirts in the middle of the day or middle of the afternoon and get a dry one, " said Deardoff, who kept his truck vents wide open and the windows rolled down. "It's no fun and nobody likes it, but the season is only so long and when the corn's ready, it's ready. You just have to go after it and do what you've got to do."