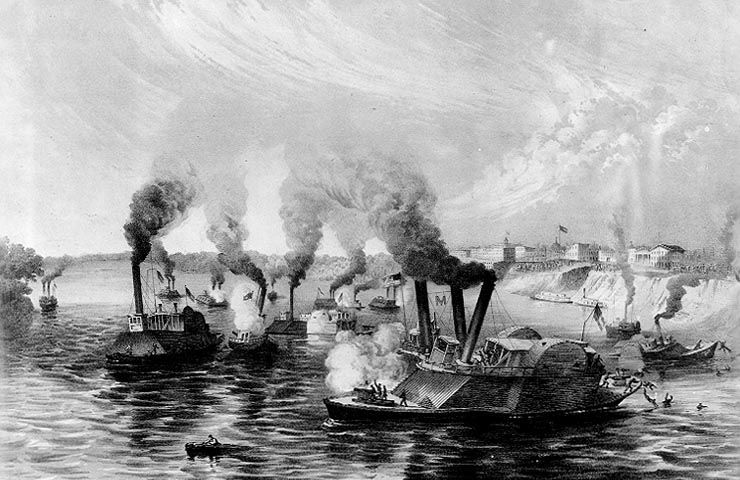 ALBANY, N.Y. (AP) -- The Union's first black hero of the Civil War wasn't one of the African-American soldiers of the 54th Massachusetts Infantry Regiment, famously depicted in the 1989 film "Glory," but rather a merchant ship's cook who took up arms to prevent being sold into slavery after a Confederate raider captured his vessel.

At least that's the reckoning of some historians and a pair of upstate New York-based documentary producers who have included William Tillman's story in their new film on the short-but-prolific wartime record of the brig Jefferson Davis, a Southern privateer that seized several Union ships in the opening months of the war.

"This is a guy who falls between the cracks," said Joe Zarzynski, a retired history teacher from Wilton, N.Y., and co-producer of the documentary film released earlier this year. "We have our pantheon of heroes for the Civil War, and this guy should be there."

"Search for the Jefferson Davis: Trader, Slaver, Raider," released in March, tells the story of a merchant ship-turned-slaver-turned-privateer that was renamed after the president of the Confederacy. Based in Charleston, S.C., the "Jeff Davis" captured nine Union commercial ships in the summer of 1861 before running aground off St. Augustine, Fla., that August.

The film, produced by Peter Pepe's Glens Falls-based Pepe Productions, focuses on the efforts by marine archaeologists to identify a wreck found off St. Augustine that could be the Confederate privateer. The documentary includes a re-enactment of Tillman's heroics following the capture of his ship by the Davis 150 years ago Thursday about 150 miles off Sandy Hook, N.J.

Tillman was a 27-year-old steward and cook aboard the S.J. Waring, a 300-ton schooner built in Port Jefferson, N.Y., in 1853 and based out of Brookhaven on Long Island. The Waring was the third vessel the Davis had seized since starting its raid on Union shipping in the Atlantic. Five members of the rebel ship's crew were put aboard the Waring to sail the captured schooner to a Southern port.

Already told by the Confederate sailors that they planned to sell him into slavery, Tillman staged a one-man revolt on July 16, 1861, using a hatchet to kill three of the privateers then tossing their bodies overboard. He threatened to deal with the two remaining privateers in the same manner if they didn't help sail the ship to a Northern port. The surviving Confederates complied, and with the help of the Waring's crew, Tillman guided the ship back north, arriving in New York Harbor five days later.

Their arrival coincided with the Union defeat at the First Battle of Bull Run, and one New York newspaper wrote how news of Tillman's exploits offset the gloomy battlefield dispatches reaching the city the same day.

Afterward, he was hired by P.T. Barnum's New York museum to regale audiences with the story of how he killed three of the "pirates" in less than eight minutes. His public speaking appearances were a big hit, with people from as far away as Philadelphia and Boston showing up to hear his talks and see the hatchet used in the bloody work, Henig said.

Tillman later received a court-awarded $6,000 reward for saving the Waring's insurers from a loss nearly 10 times as much. Born to free parents in Delaware, he had moved with his mother to Rhode Island while a teenager and later settled in New York City. He returned to Rhode Island to get married in 1863, and is listed in the 1870 Census as living and working as a seaman in Warwick.

After that, the trail of public records goes cold, said Henig, a Brooklyn native who stumbled across Tillman's story while researching a Civil War book a decade ago.

"He just goes right off the radar screen," he said. "We hear nothing more about a free black who has a purchasing power that in today's money is about a half-million dollars."

Although lauded in New York for his actions, Tillman never received any official recognition from President Lincoln or anyone else in Washington, something Henig attributes to the era's racial attitudes.

"Lincoln wasn't about to recognize a black man who killed three white officers when he has to convince four tottering border states to remain in the Union," he said.