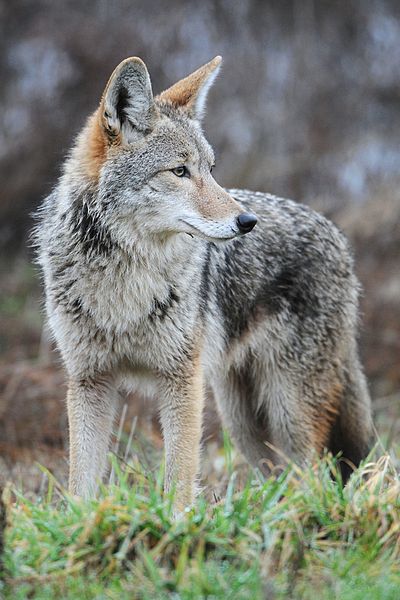 NEW ORLEANS (AP) -- They've been spotted in the suburbs and in New Orleans' biggest park, along river levees and on some streets.

Coyotes - some possibly driven from their territories along the levee by the Mississippi River's spring flooding - are being targeted by SWAT teams in suburban Jefferson Parish. Officials are considering deploying sound systems that mimic the noises of cougars - a traditional coyote enemy.

Meanwhile, the wild dogs are snacking on cats and at least one small dog, though experts say the coyote invasion of New Orleans poses little risk to residents.

"Generally they steer clear of humans, no matter what size they are," Kenny Ribbeck, wildlife chief for the Louisiana Department of Wildlife and Fisheries, said Wednesday. "The best thing they do is make sure they do not leave a food source out for them and don't leave small pets unattended."

But people are afraid of them and even more afraid for their pets, said Jefferson Parish Councilman Elton Lagasse.

"We were getting reports that they were catching cats and pets that stay out at night," Lagasse said. "And people said they were getting more and more aggressive. There were no attacks against people, but we were afraid there would be."

A woman walking her two dogs saw a coyote snatch the smaller one, a 10-pound Chihuahua, in City Park, a 1,300-acre mixture of woods and attractions in New Orleans. She found the partly devoured body the next morning. It was the second coyote sighting in the park, said director John Hooper. A jogger running with his dog on a leash saw one on a golf course, but the coyote did not approach them, Hooper said.

"We have been given the names of trappers, but they tell us it's very hard to trap them," Hooper said. "We are exploring every option. We would like the park to be safe for two-legged and four-legged visitors."

Attacks by coyotes are rare, according to Jeff Dorson, director of the Humane Society of Louisiana. Three to five bite cases are reported in the United States each year, he said. The only known fatal human attack was in 1981.

"There is certainly no reason for people to panic when they see one," Dorson said. "They are basically timid and avoid people."

Coyotes began showing up along the Mississippi River levee in uptown New Orleans in the 1970s, said Rick Atkinson, an Audubon Zoo curator. Colonies in that area, running from New Orleans through Jefferson Parish, normally total between 40 and 60 animals. The river's spring flooding is one likely reason they are moving into some neighborhoods, he said.

"They are nocturnal, so it's rare to see them," Atkinson said. "And they're timid. They don't want anything to do with anything that will fight back."

Getting rid of them is a problem. Leland Hales, who traps and disposes of nuisance wildlife, said there is a reason they are called "wily" coyotes.

"They are never going to be trapped in one of the cage traps," he said. "They are too leery to get into something like that."

Prodded by complaints, the Jefferson Parish Sheriff's Office deployed its SWAT team to shoot coyotes. The team has staked out locations along the Mississippi River levee where groups have been spotted and so far have shot three or four of the animals, Lagasse said.

The Humane Society and the Louisiana Wildlife Rehabilitation Association are planning a town hall meeting in suburban Harahan to discuss non-lethal options for dealing with the animals. Meanwhile, experts say urban residents should adapt to living with coyotes and take steps to minimize the risk of contact.

"The best way to prevent the encroachment of coyotes is to take away their food sources by securing trash cans and keeping pets inside," Dorson said.