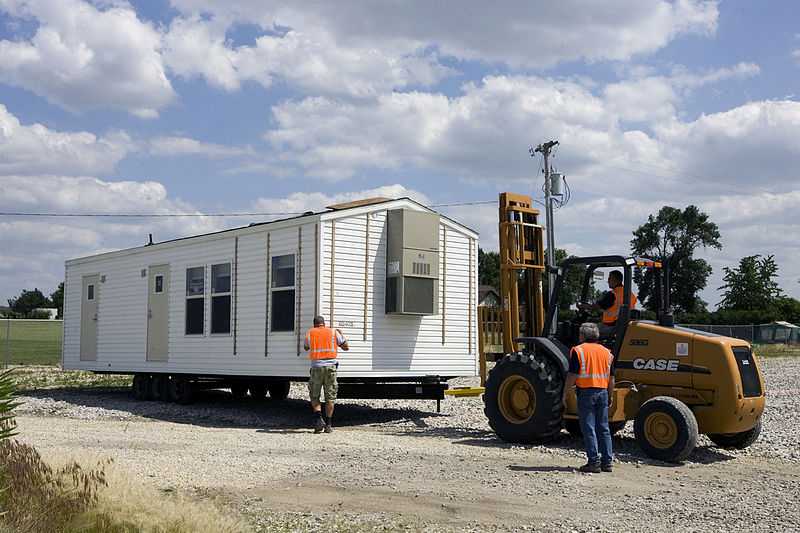 LITTLE AXE, Okla. (AP) -- Wanda Tiger and her husband needed a new home after a long-term house-sitting arrangement came to an end. But for members of their American Indian tribe in rural Oklahoma, affordable housing options were few.

Then tribal leaders learned of an impossibly attractive offer: Mobile homes that had never been occupied were available from the government almost for free. They had stood vacant for years after being rejected as temporary housing following Hurricane Katrina.

To Tiger and members of other tribes, the homes seemed perfect, even luxurious.

"When you ain't got nothing, you're happy with whatever you can get," said Tiger, a member of the Absentee Shawnee tribe who now lives in a three-bedroom home courtesy of the Federal Emergency Management Agency. "They call them temporary homes, but hey, sometimes it's your permanent home, and we're satisfied with it."

Nearly six years after the hurricane, the mobile homes that became a symbol of the government's failed response are finally being put to good use. FEMA has quietly given many of them away to American Indian tribes that are in desperate need of affordable housing.

The mobile homes proved impractical in areas where power and water service had been destroyed. And some people living in travel trailers started to fall sick because the RVs had high levels of formaldehyde, a cancer-causing chemical common in building materials.

Since then, it seemed doubtful that many of the mobile homes would ever be used. But on American Indian reservations, the offer of free housing has been welcomed, particularly among families who live in conditions so crowded that it's not uncommon for a single mobile home to be shared by more than a dozen relatives.

Tribes have taken almost 2,000 of the government homes and requested more.

Before and during Katrina, critics complained that the homes would not protect residents from future storms. Some also worried the shelters would turn into permanent housing, potentially creating neighborhoods of dilapidated mobile homes.

Then the formaldehyde concerns arose, leading the government to trash most of the travel trailers or sell them to people who signed papers promising not to live in them.

The mobile homes that remained were parked at FEMA storage centers all over the country, costing the agency millions each year to maintain. At one point, more than 19,000 were parked at the Hope, Ark., airport. The fleet was so large that two of the facility's three runways were closed for more than five years.

Although the mobile homes were never suspected of making anyone sick, most stayed empty, even after new disasters struck.

In Cordova, Ala., which was among the many places crippled by this spring's historic tornado season, local leaders refused to let the mobile homes into town, despite pleas from some residents who wanted the shelters.

"I don't feel guilty," Mayor Jack Scott said, explaining that he did not want the shelters to become permanent. "I can look anyone in the eye."

FEMA slowly auctioned off most of the homes and found uses for others, including giving some to the tribes. It has also used a limited number of homes in areas recently struck by twisters, including Joplin, Mo., and other parts of Alabama.

For the last several years, the agency "has been working to reduce the number of units in our inventory, while maintaining the capability to purchase units through pre-positioned contracts," FEMA said in a statement.

Susan Popkin, a housing expert at the Washington-based Urban Institute, questioned the purchase of the shelters, suggesting that it might have been smarter to give storm victims vouchers to rent apartments than to offer them a trailer.

"It was a big stretch for them to take that on after Katrina," Popkin said. "Their strength is in dealing with people for the first few weeks after the emergency."

But tribal leaders were thrilled to take the homes.

After 1,300 mobile homes were distributed to tribes during 2008 and 2009, federal officials asked early this year if they wanted more, said Brian Sullivan, a spokesman for the Department of Housing and Urban Development. Ninety-five tribes responded with requests for 3,000 homes - five times as many as were available.

About 550 homes were distributed this spring. Tribal governments paid only to transport them.

John Ballard, chief of the Ottawa Tribe in far northeastern Oklahoma, said his tribe spent an average of $3,000 to acquire each home. The tribe has received 39 units for the elderly and first-time homebuyers, he said.

"Three thousand dollars is not too much to pay for a house," Ballard said. "These trailers are a great deal for our tribe ... I would take 100 more. I've had people send me pictures and thank-you cards and want to give me their first-born over this stuff. This has made a great impression on peoples' lives."

Similar stories are told by George Blanchard, governor of the Absentee Shawnee Tribe, and Paula Pechonick, chief of the Delaware Tribe of Oklahoma. Blanchard said his only gripe is that there aren't enough homes to meet the demand.

Tiger and her husband, who live in Little Axe, a rural community southeast of Oklahoma City, were surprised that the homes had been vacant for so long.

"We saw it on the news, and we thought so many people like ourselves could use them, but they were just sitting there," Tiger said. "Why did it take someone so long to decide, `Hey, these could be used'? There are a lot of homeless people in this country."

The retired couple had been house-sitting for a relative for years when the family member told them they needed to leave in a few weeks.

After being approved for one of the government homes, tribal workers cleared some trees from a piece of land owned by the Tigers. Their new place even had an air conditioner, a luxury on the reservation.

The paperwork that came with the home in 2009 included a warning about formaldehyde and possible symptoms, but the Tigers have never experienced any problems.

Compared to some homes on reservations, FEMA's homes are like "castles," said Cheryl Causley, chairwoman of the National American Indian Housing Council.

"It shows you the vast discrepancy and the uneven treatment among the citizens of the United States," Causley said. "Our people would go miles to receive those units. If there's any more of them, we would love them. Our need is that extreme."