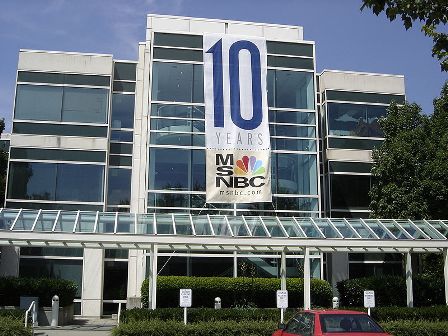 "I thought he was a dick yesterday," Halperin said on Thursday's show during a discussion about Obama's news conference the day before.

Halperin, a Time magazine editor at large, quickly apologized on the air and in a statement. MSNBC suspended him indefinitely and Halperin said he believed the action was appropriate.

Halperin had prefaced his remark by asking, "Are we on the seven-second delay?" and said after that "I hope it worked."

The reference was to a brief delay in a TV show transmission that gives a producer the chance to quickly silence an offending remark before it goes out over the air. MSNBC said "Morning Joe" had the delay, but a producer pushed a wrong button and Halperin's statement wasn't edited out.

MSNBC said Halperin's comment was "completely inappropriate and unacceptable" and apologized to the president.

"I want to offer a heartfelt and profound apology to the president, to my MSNBC colleagues, and to the viewers," Halperin said. "My remark was unacceptable, and I deeply regret it."