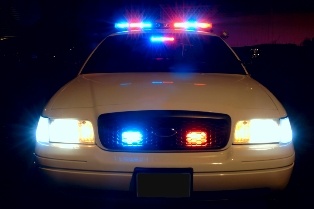 NEW ORLEANS (AP) -- A former New Orleans police officer spent a grueling day first walking the prosecution through his versions of the events on a New Orleans bridge after Hurricane Katrina that left two citizens shot dead and four wounded, and then sparring with defense attorneys over his testimony.


Then-Lt. Michael Lohman, the ranking officer on Sept. 4, 2005, when police killed 40-year-old Ronald Madison, a mentally disabled man, and 17-year-old James Brissette, defended his assertion that officers overreacted and then worked to cover up the shooting of unarmed people on the bridge as one defense attorney after another questioned his motives and his memory.


Lohman, who retired last year, is one of five former officers who have pleaded guilty to participating in a cover-up. Now he is a key government witness in the case against Sgts. Robert Gisevius and Kenneth Bowen, Officer Anthony Villavaso, former officer Robert Faulcon and Sgt. Arthur Kaufman.


Remorse and the realization that the government had the truth about what happened on the bridge and the following cover-up prompted him to accept a deal to testify for the prosecution, Lohman testified.


The defense questioned that motivation.


Lohman faces a maximum of five years in prison when he is sentenced, a fact defense attorneys seized on during his cross-examination. Steve London, Kaufman's lawyer, pointed out that Lohman was "looking at 25 to 30 years" before making his deal.


London also questioned Lohman on why he added Kaufman's name to a false report, asking if he intended to make it look as if Kaufman had written it.

"I wasn't trying to make it look like Kaufman wrote that," Lohman said. "We were working on it together. I didn't go off by myself and write this."


Lohman said he went along with the cover up because he did not want anyone to get into trouble, but London implied a different reason Kaufman's name was on the documents.


"No," Lohman responded. "We had disagreements, but I would not say it was a hate relationship."


For the most part, Lohman remained poised during the long day of testimony, answering calmly, frequently addressing the jury directly. An exception was during cross examination by Paul Fleming who represents Faulcon. When asked what he evidently considered a repetitive question, Lohman snapped, "Pay attention, yes," which earned him a dressing down from the judge.


Lohman said the gunfire had stopped by the time he arrived at the bridge. He testified that Bowen told him residents had fired at officers before they shot.


Bowen also allegedly told Lohman that Madison was seen reaching into his waistband before he was shot. No guns were recovered from Madison or Brissette, however.


Lohman said he assigned Kaufman to investigate the shootings but knew the goal of the probe would be to justify the officers' actions, despite his misgivings.


"I felt things had gone wrong on the bridge that day and inappropriate actions had been taken," Lohman said.


Lohman said he and Kaufman discussed a plan to plant a gun. Kaufman allegedly assured him the planted gun couldn't be traced back to police or a crime scene. Prosecutors say Kaufman took a gun from his garage and turned it into the evidence room, trying to pass it off as a gun found at the scene.


Lohman said his commander, Capt. Robert Bardy, asked him general questions about the shootings, but did not press for details and Lohman said he never provided any.


"I guess you could say I was untruthful with him," he said.


© 2011 The Associated Press. All rights reserved. This material may not be published, broadcast, rewritten or redistributed. Learn more about our Privacy Policy and Terms of Use.