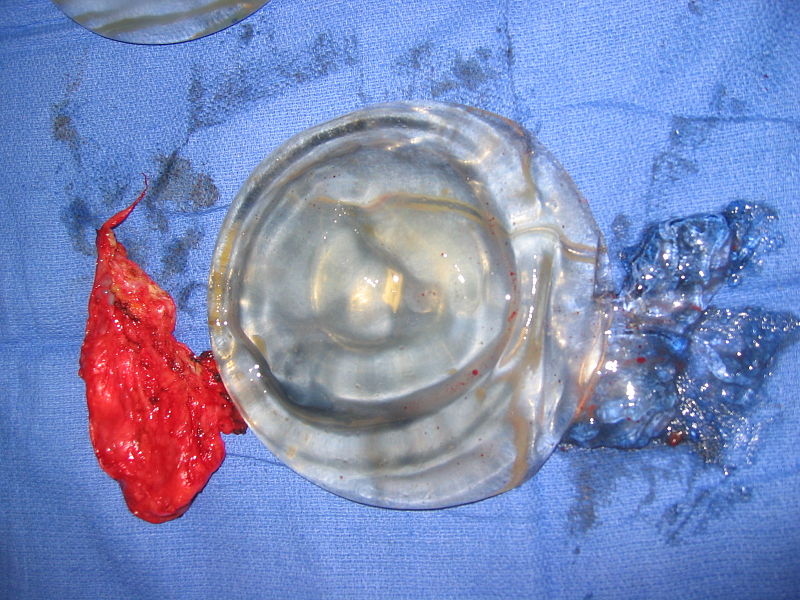 WASHINGTON (AP) -- Federal health officials say the latest data on silicone breast implants show they are relatively safe, despite frequent complications that lead about one in five women to have the implants removed within ten years.

A Food and Drug Administration report issued Wednesday is the agency's first safety assessment of the implants since regulators returned them to the market in 2006. That followed a 14-year ban when only saline-filled implants were widely available.

The FDA pulled silicone implants off the market in 1992, saying manufacturers had not provided medical data showing their safety and effectiveness. At the time, there were worries about a connection to a variety of diseases, including cancer and lupus.

But the agency returned the implants to the market five years ago after most studies failed to find a link between silicone breast implants and those diseases. Patients and plastic surgeons say the silicone-filled implants look and feel more real than saline versions.

The approval came with conditions, including a requirement that the companies complete studies on women who have received the implants.

The FDA's safety endorsement is primarily based on those studies, conducted by the two U.S. manufacturers of the products, Allergan Inc. and Johnson & Johnson's Mentor unit.

But industry critics point out that most of the studies are incomplete, and many women have already dropped out.

For example, only 58 percent of women enrolled in a 1,000-patient study of Mentor's implants are still accounted for after eight years. Two larger studies of 40,000 women, conducted by both Allergan and Mentor respectively, have each lost a significant number of patients after just two to three years.

Dr. Diana Zuckerman of the National Research Center for Women and Families said most medical journals would not publish the studies cited by FDA because of the missing data.

"Once a medical product is approved, the manufacturers have no incentive to do these required studies properly," Zuckerman said. "So, we end up with useless information, which is what has happened with the largest, most important studies of silicone gel breast implants."

The FDA commented that "both manufacturers have communicated to the FDA the difficulties in following women who have received silicone gel-filled breast implants." The agency said it is working with Allergan and Mentor to increase participation and follow-up.

The most common side effect remains scar tissue which hardens around the implant, warping the shape of the breast. Other problems include implant rupture, wrinkling, and lopsided appearance, according to the report.

"Despite frequent local complications and adverse outcomes, the benefits and risks of breast implants are sufficiently well understood for women to make informed decisions about their use," the agency concludes.

Based on the company data, FDA says 20 to 40 percent of patients who have implants for cosmetic reasons will need another operation to modify or remove them within eight to 10 years. For women with implants for breast reconstruction, the number is even higher, at 40 to 70 percent.