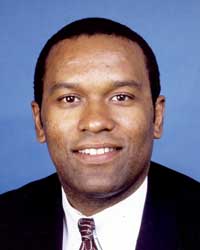 ORLANDO, Fla. (AP) -- The NBA isn't resting on its laurels as a pacesetter in sports diversity.

The undisputed champion among the men's professional leagues when it comes to racial and gender hiring practices, the NBA once again has received a combined "A" for its continued effort to employ minorities and women in important positions within the league and its 30 teams.

The NBA remains the only men's pro sports league with a combined "A" for race and gender.

And the numbers aren't even close, according to the primary author of the 38-page report, Richard Lapchick. The report notes that 42 percent of the professional positions in the NBA office are held by women and 36 percent are filled by people of color - numbers Lapchick said speaks to strides the league has made under Commissioner David Stern.

"I think he would tell you they continue to try to get the best people for the job," said Lapchick, chair of the DeVos Sport Business Management Program at UCF and director of The Institute for Diversity of Ethics in Sport.

"They've consistently had a record of opening up the search process so it includes a diverse group of candidates, and I think that's helped more than anything else," Lapchick said. "I think they just want to continue to get better."

The NBA had nine African-American and one Asian head coach at the beginning of the 2010-11 season, an increase of three percent over 2009-10, when minorities comprised 30 percent of the league's head coaches. The percentage of minorities serving as general manager doubled to 26 percent, highest among any of the men's pro leagues.

In addition, 45 percent of the league's assistant coaches were minorities.

There were five African-American chief executive officers/presidents of teams, including Terdema Ussery, who held both titles for the Dallas Mavericks. Two women held positions of presidents - the first female in such roles since the 2006-07 season - and Charlotte Bobcats owner Michael Jordan joined Ussery as the only African-Americans serving as CEOs.

There were 33 women in vice president position in the league office, down one from the previous season. The percentage of minorities in senior administrative positions among NBA teams increased one percentage point to 22 percent, and women held 27 percent, up two percentage points over 2009-10.

"The other leagues do pretty well in the category of professional positions in front offices, but the NBA has done a much better job of getting women and people of color into those more senior positions," Lapchick said. "I think that's an important thing for any organization because obviously those become the leaders of the organization."

The report found the percentage of minorities in professional administrative jobs with NBA teams increased to 27 percent, with women filling 39 percent. The overall total was up one percent, while the percentage of women matched the previous season.

Lapchick also lauded a large array of initiatives that have helped the NBA remain the leader in sports diversity over the past two decades.

Among them are an aggressive recruiting strategy, a program that promotes business opportunities for minorities and women and initiatives that increased the popularity of the league internationally.