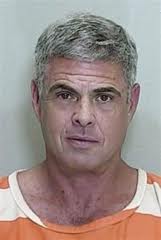 ALEXANDRIA, Va. (AP) -- Two executives at what had been the nation's largest private mortgage lender were sentenced to six and two-and-a-half years for their roles in a $3 billion fraud that officials have called the biggest criminal case to develop out of the nation's housing and financial crises.

Prosecutors had sought slightly longer terms of eight and five years, respectively, for Desiree Brown, treasurer at Ocala, Fla.-based Taylor Bean & Whitaker, and Raymond Bowman, the company's president. At the same time, though, prosecutors gave both credit for their cooperation in helping to unravel a series of complex financial frauds and deliver a guilty conviction against Taylor Bean's owner and chairman, Lee Farkas, who is expected to receive a significantly longer term when he is sentenced later this month.

"These TBW executives helped pull off one of the largest, longest-running bank fraud schemes in history," said Neil MacBride, U.S. Attorney for the Eastern District of Virginia. "They knew that without their fraud scheme, TBW would fail. They helped Lee Farkas do what they knew was wrong, and now they will pay for their crimes. At the same time, these defendants agreed to cooperate with the government and that cooperation was clearly taken into account in the sentences imposed today."

Taylor Bean cheated three banks, including Alabama-based Colonial Bank, out of nearly $3 billion over nearly a decade before the scheme unraveled in 2009, resulting in the collapse of Taylor Bean and the loss of jobs for its 2,000 workers, as well as the collapse of Colonial, which had been one of the 25 largest banks in America.

In large part, Taylor Bean concealed its fraud by selling or using as collateral mortgages that had already been sold to other investors. Mid-level executives at Colonial participated in the scheme and helped conceal the massive hole in Taylor Bean's account, at first to preserve their relationship with Taylor Bean and later because they were complicit and felt they had no choice but to continue.

Deutsche Bank and BNP Paribas were the other banks that were cheated in the fraud. They lost roughly $1.5 billion in commercial paper - essentially IOUs - that were supposed to be fully collateralized but had next to nothing backing them up.

The scheme also included a failed attempt to use the cooked books at Colonial and Taylor Bean to try to obtain more than $500 million in emergency funding from the government's Troubled Asset Relief Program (TARP).

Brown, 45, who received the six-year sentence, started at Taylor Bean as a receptionist and was elevated to treasurer and earned $500,000 annually even though she held only a high-school degree. Prosecutor Patrick Stokes said at Friday's sentencing that Farkas elevated Brown because he could easily manipulate her due to her lack of experience.

"She was blinded by her loyalty to Mr. Farkas," Stokes said.

Brown apologized for her actions.

"It was never my intent to commit a crime," she told U.S. District Judge Leonie Brinkema. "I'm very angry at myself for ... letting someone manipulate me into going against my morals."

Bowman, who received a two-and-a-half year term, may be called to testify against others in what is an ongoing investigation, said prosecutor Charles Connolly. Bowman and Brown were the first two to be sentenced out of seven, including Farkas, who have already been convicted.

Bowman, 45, told Brinkema that "all the people in this are basically decent people" who made mistakes. He asked Brinkema to show lenience toward Colonial executive Catherine Kissick, who will be sentenced next week. Bowman said that he and Farkas put Kissick in an impossible position and "basically ran her over." According to trial testimony, Taylor Bean already owed Colonial several million dollars by the time she first learned of the problems. Over the years, that grew to hundreds of millions of dollars as Farkas and others essentially ignored her constant entreaties to fix it.

Neil Barofsky, the former special inspector general at TARP whose office helped uncover the fraud, has called the Farkas case "the most significant criminal prosecution to date rising out of the financial crisis."