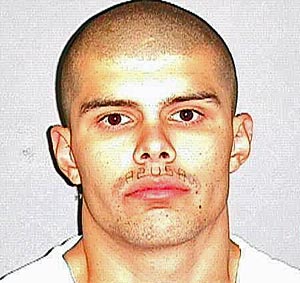 ANGELES (AP) -- A Latino gang conspired to rid a Southern California city of its Black residents through intimidation, threats and violence dating back to the early 1990s to exert its influence and show its loyalty to a Mexican Mafia prison gang, according to a federal indictment unsealed Tuesday.

More than 50 people were charged as authorities made early morning raids targeting the Azusa 13 gang. Federal prosecutors said the gang engaged in a host of crimes ranging from drug trafficking to hate crimes that have hobbled Azusa, a city of about 45,000 residents near Los Angeles.

"We hope that this federal case will signal the end of this racist behavior and will help vindicate all of the victims who have suffered over the years," U.S. Attorney Andre Birotte Jr. said.

Sixteen of the people named in the indictment were arrested Tuesday, while another 23 were already in custody, U.S. attorney's spokesman Thom Mrozek said. Authorities were seeking another 12 suspects.

The crackdown is the latest effort by law enforcement to cripple Latino gangs that have targeted Blacks in the Los Angeles area.

In 2009, more than 140 members and associates of the Varrio Hawaiian Gardens gang were charged in connection with waging a racist campaign against Black people. Four years ago, authorities arrested dozens of members of South Los Angeles' Florencia 13 gang in connection with the killing of Blacks because of the color of their skin.

Tuesday's charges mirrored a similar effort federal prosecutors took against The Avenues, a gang from the Highland Park area northeast of downtown Los Angeles, where four gang members were convicted in 2007 of hate crimes for killing a Black man.

In Azusa, six people have been charged with civil rights violations for allegedly harassing, and in some cases attacking, African Americans to drive them out of the city or to prevent them from relocating there.

More than two-thirds of Azusa is Hispanic, while roughly 3 percent is Black.

In one instance, prosecutors said Marty Michaels, known as "Casper," and another Azusa 13 member punched a Black man in January 2000 while using a racial epithet. In April 2010, Manuel Jimenez yelled a racial slur at a Black high school student returning home from a track meet, the indictment said. Jimenez and another man hit the student, chased him down the street and stole his items, prosecutors said.

Azusa 13 gang member, Ralph "Swifty" Flores was sentenced to death in 2008 after he was convicted of four murders. A judge imposed three death sentences for three murders between 2002 and 2004 as well as a sentence of life without parole for the racially motivated murder of Black teen Christopher Lynch in 1999. Flores was 17 at the time of the murder and not eligible for the death penalty because he was a minor.