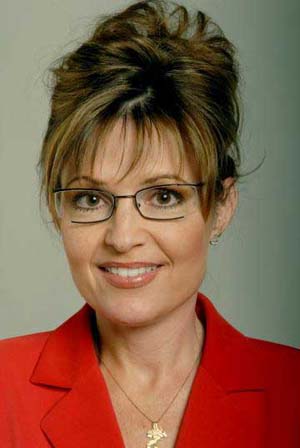 STRATHAM, N.H. (AP) -- Just as Mitt Romney declared he's in, it's suddenly looking like he might have more big-name competition for the Republican presidential nomination.

While Romney made his candidacy official in New Hampshire on Thursday, political stars Sarah Palin and Rudy Giuliani caused a stir of their own with visits to the first-in-the-nation primary state. Both made sure to assail the health care law approved while Romney was governor of neighboring Massachusetts.

And rumblings about Texas Gov. Rick Perry, New Jersey Gov. Chris Christie and Rep. Michele Bachmann of Minnesota further challenged Romney's standing as the closest thing the GOP has to a front-runner to take on President Barack Obama in November 2012. Bachmann plans to take part in a presidential debate in New Hampshire on June 13, an aide said Thursday.

Unswayed by possible competitors, Romney declared to cheers on a sunny farm in southern New Hampshire, "I'm Mitt Romney and I believe in America. And I'm running for president of the United States."

The former governor and business executive aggressively challenged Democratic President Obama while trying to pitch himself to the coalition that makes up the modern GOP: fiscal conservatives, social conservatives, evangelicals and libertarians. Romney included nods to all as he sought to make himself the candidate with the broadest appeal and best shot at sending Obama home to Chicago as a one-term president.

"It breaks my heart to see what is happening to this great country," Romney said. "No, Mr. President, you had your chance."

Romney, who lost the GOP nomination to John McCain in 2008, hopes it's now his turn. He comes to a Republican presidential contest that lacks a true front-runner and could be unsettled with new names. Repeated polls show party members unimpressed with or indifferent to the declared candidates.

Romney's strengths are substantial: He's well known, and he's an experienced campaigner. He has a personal fortune and an existing network of donors. He has a successful businessman's record and knows the logistics of a national campaign.

But he must confront his own record of changing positions on social issues including abortion and gay rights, shifts that have left conservatives questioning his sincerity. He also has struggled to allay some skepticism of his Mormon faith.

On top of that, Romney championed a health care law enacted in Massachusetts that's similar to Obama's national health overhaul, which conservatives despise.

His rivals, giving him unwelcome company in New Hampshire, weren't about to let that go.

"The reality is that Obamacare and Romneycare are almost exactly the same," Giuliani said in North Conway. "It's not very helpful trying to distinguish them. I would think the best way to handle it is to say, it was a terrible mistake and if I could do it over again, I wouldn't do it."

Palin, too, criticized Romney for the health care law.

"In my opinion any mandate coming from government is not a good thing, so obviously ... there will be more explanation coming from former Gov. Romney on his support for government mandates," Palin said in Boston, where Romney is basing his campaign.

Romney nodded to the challenges.

"If I ran through all my mistakes, Ann would love it, and you'd be here all night," Romney said with a smiling reference to his wife, who was at his side. He called for repeal of the Democrats' national plan but did not explicitly acknowledge his own hurdle.

In recent weeks, the still-forming GOP field has become less certain. Indiana Gov. Mitch Daniels, Mississippi Gov. Haley Barbour and former Arkansas Gov. Mike Huckabee took themselves out of the race before getting in. Others, such as former Sen. Rick Santorum of Pennsylvania, are set to start their campaigns in earnest.

Giuliani said he hasn't decided yet if he will run again - like Romney he fell short in 2008 - and expects to make up his mind by the end of the summer.

But he certainly sounded like a candidate, telling reporters that the nation is being led in the wrong direction by Obama.

"He's been in office a very long time now, and his results on the economy have been abysmal," Giuliani said. "His only answer to it has been, `Oh, I inherited this.' Well, my goodness, he's been in office long enough now, so that whatever he inherited, he should've straightened out by now."

Palin, her party's 2008 vice presidential nominee, arrived in New Hampshire for appearances that highlighted her potential to upend the race should she run. Before attending a clambake in Seabrook, Palin gave no hints when she might make - or share - a decision.

"Why should everyone jump in there right now and start beating each other up in this primary process, showing the other guys our playbook? No. Why should we do such a thing? There's plenty of time for that," Palin said from her family's bus tour, which stood to overshadow Romney's big announcement. She insisted that wasn't her intention.

"I would just love to run into him and say hi and best of luck to him, but it's not on the schedule so I don't know," Palin said. "And I think he's pretty busy today. It's a big day for him."

Perry, too, gave hints last week that he was considering a bid, though his aides sought to tamp down expectations he would join the campaign. Tea party favorite Bachmann is inching toward a run, perhaps giving the anti-tax, libertarian-leaning movement a candidate to rally around.

"I think he'll have a bit more of a challenge with the independents who make up the tea party movement wanting to make sure that we're not going to ... have any excuses or perceived political reasons to grow government."