FBI Leaves Its Own Documents at Raid Scene by Mistake 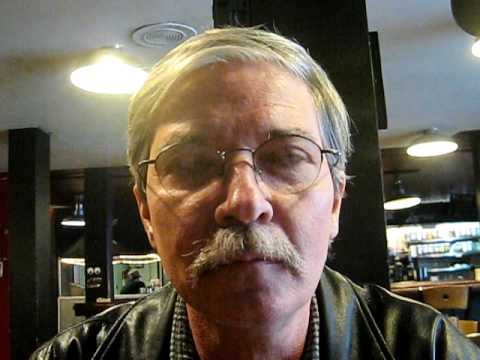 MINNEAPOLIS (AP) -- Documents federal agents left behind during a September raid of an anti-war activist's home shed some light on the evolution of an investigation into apparent connections between local activists and radical groups in Colombia and the Middle East.

One document says the case was initially based on activities of two local activists - including their travels to terrorist-controlled areas of Colombia - then expanded to include 16 more people in six states accused of providing material support to terrorists in Colombia or Palestine.

Since September, 23 people in Minneapolis, Chicago and Grand Rapids, Mich., have been subpoenaed to appear before a grand jury in Illinois. Authorities haven't revealed the targets of the investigation or its exact nature, other than to say it involves activities concerning the material support of terrorism.

No one has been charged, and activists say none of them have testified before the grand jury.

The documents were found at the Minneapolis home of longtime-time anti-war activist Mick Kelly on April 30 and given to The Associated Press this week. Kelly's home was among those raided by the FBI in September.

Kelly said the documents had been mixed in with his partner's files. FBI spokesman Steve Warfield said most of the papers appear to be legitimate FBI documents. Warfield also said it seems the papers were left behind by mistake.

The activists condemn the raids and subpoenas as FBI harassment and an attempt to stifle their rights to free speech and assembly, and they have held several news conferences and rallies to protest the investigation. Jess Sundin, another anti-war activist whose home was raided, said the group chose to release the documents because they provide a glimpse into the origins of the investigation. Subpoenas have indicated only what sort of evidence authorities were seeking.

"We feel like the documents reinforce and confirm what we've been saying all along," Sundin said. "It does confirm our suspicions about why the government was investigating us, and some of the particular things that they are objecting to."

Warfield had no additional comment, citing the pending investigation. Randall Samborn, a spokesman for the U.S. attorney's office in Chicago, also had no comment.

The documents, which are not labeled as classified, suggest that activists' involvement with people in Colombia may have sparked the investigation.

"The captioned case was initially predicated on the activities of Meredith Aby and Jessica Rae Sundin in support of the Revolutionary Armed Forces of Colombia (FARC), a U.S. State Department designated foreign terrorist organization (FTO), to include their previous travel to FARC-controlled territory," one document says. "Since opening the original investigations, an additional 16 Subjects in six FBI Field Divisions have been identified."

The document goes on to say that people in the Minneapolis, Chicago, Phoenix, Detroit, Los Angeles and Charlotte, N.C., divisions have "provided and/or conspired to provide material support to the FARC and/or the Popular Front for the Liberation of Palestine, also a U.S. State Department designated FTO."

Sundin said her trip to Colombia took place 11 years ago - and she went not to pass money or weapons to FARC, but to visit the people and understand some of their demands.

At the time, FARC was in negotiations with the Colombian government. Sundin said she took a Columbia military plane to a small, demilitarized town where peace talks were being held. She said she also spoke with young people who traveled to the area by busload to talk about everything from education to unemployment.

"It obviously wasn't illegal in Colombia to travel there, and I wrote about it when I got back," she said. "It wasn't a secret trip. ... (The document) says they are looking into our travel. I don't understand why that should be a basis for investigation of criminal activity. It shouldn't be, in fact."

The documents given to the AP also include a strategic plan for the FBI's raid, a subpoena, and a list of questions that agents would presumably use in an interview. Warfield could not immediately verify that the questions - which were typed and not on an official law enforcement document - were from the FBI.

The subpoena, which was made public previously, orders Kelly to appear before a grand jury and bring information relating to any trips to Colombia, the Palestinian territories, Jordan, Syria or Israel. It also commands him to bring records he might have relating to the Middle East and Colombia.

One document labeled Kelly as "dangerous" and said he had weapons in his house. It noted several agents were involved in the raid and gives detail about the weapons and ammunition they carried. Kelly, who was not home when the raid happened, said he has a rifle and a handgun, and both are legal and were not seized.

The document also says Kelly has offered to provide weapons training to other activists. Sundin said Kelly has not trained others to shoot. She called the amount of force used to search Kelly's home "disturbing."

Warfield said the FBI takes precautions and uses its SWAT team if there is reason to believe there might be a risk of violence.

The activists also took issue with the list of over 100 questions in the documents. A note at the top of the questions says they "pertain to a terrorism investigation" and many deal with activities of the Freedom Road Socialist Organization, to which Kelly and Sundin both belong.

The group, named in several warrants, openly supports FARC and PFLP and shares their Marxist ideologies. Two groups use the name. Kelly and Sundin have said their Freedom Road is a smaller group, and Kelly edits its newspaper.

When it comes to the interview questions, Sundin said: "The overall impression is, `Who do you know and what do you believe?' and all along I've been saying I feel like that's what this case is all about."