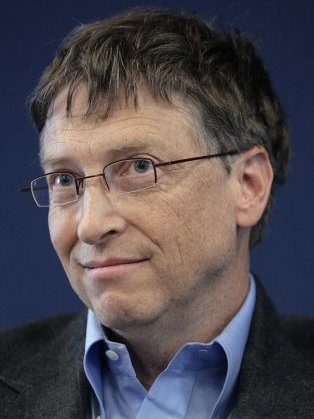 NEW YORK (AP) -- Microsoft Corp. said Tuesday that it has agreed to buy the popular Internet telephone service Skype SA for $8.5 billion in the biggest deal in the software maker's 36-year history.

Buying Skype gives Microsoft access to a user base of about 170 million people who log in to Skype every month, using the Internet and Skype usernames as a complement to the traditional phone network and its phone numbers.

Microsoft said it will marry Skype's functions to its Xbox game console, Outlook email program and Windows smartphones. All of these platforms already have other options for Internet calling, but the addition of Skype users would expand their reach, making them more useful.

Microsoft said it will continue to support Skype on other software platforms.

Skype users made 207 billion minutes of voice and video calls last year. Most of that usage is free calling from computer to computer, which has made it difficult for the service to make money since entrepreneurs Niklas Zennstrom and Janus Friis started the company in 2003. An average of about 8.8 million customers per month, or just over 5 percent of the user base, pay to use Skype to call out to the regular phone network.

The vast majority of paying Skype users is in Europe, where high country-to-country rates for traditional phone calls make Skype more popular than in the U.S., where state-to-state calling is cheap.

Skype is the largest provider of international calling services in the world, surpassing any single phone company, according to research firm TeleGeography.

Skype lost $7 million on revenue of $860 million last year, according to papers that the company has filed since announcing its intentions last summer to launch an initial public offering of stock. The IPO was later put on hold. Skype's long-term debt, net of cash, was $544 million at the end of 2010.

Although it makes billions from its computer software, Microsoft has been accustomed to losing money on the Internet in a mostly futile attempt to catch up to Google Inc. in the lucrative online search market. Microsoft got so desperate that it made a $47.5 billion bid to buy Yahoo Inc. three years ago, but withdrew the offer after Yahoo balked. Yahoo is now worth about half of what Microsoft offered.

Microsoft can well afford to buy Skype: On March 31, it had a cash hoard of $50.2 billion.

Microsoft would be Skype's second large-company owner. EBay bought Skype for $2.6 billion in 2005, but its attempt to unite the phone service with its online shopping bazaar never worked out. It wound up selling a 70 percent stake in Skype to a group of investors led by private equity firms Silver Lake and Andreessen Horowitz for $2 billion 18 months ago.

Besides eBay, Silver Lake and Andreessen Horowitz, Skype's other major shareholders are Joltid and Canada Pension Plan Investment Board.