Special to the NNPA from the Afro-American Newspapers
Published: 01 May 2011 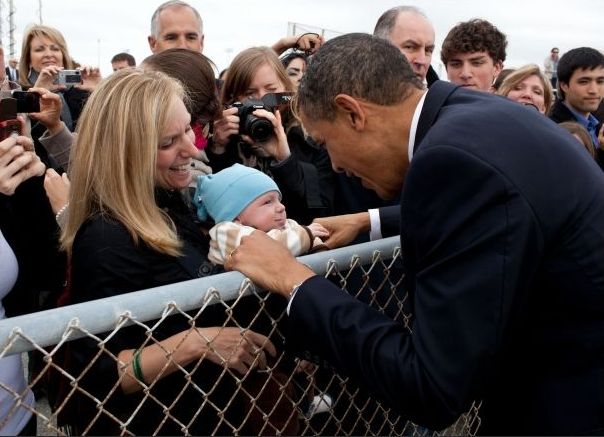 The Obama administration will reach out to African-Americans in coming months in a campaign to tell Blacks about what Obama is doing for them.

A week after announcing his 2012 campaign, Obama sent Black senior White House advisors into African-American communities across the U.S. to share stories about how the administration is working to enhance their quality of life.

"We're taking the White House on the road," Michael Blake, Obama's director of African-American Outreach, told BlackAmericaWeb. "There are a lot of positive and transformational initiatives to help the African-American community that people are not aware of."

Through the program, the administration looks to reach more than one million African-Americans and hold 100 events in Black communities across the country throughout the rest of 2011. A new web site detailing the president's outreach to these communities has also been created.

Blake has already appeared at Spelman College and Clark Atlanta University, in Atlanta, Ga., and in Black communities in Philadelphia, Pennsylvania.  He also plans to travel to San Jose, Calif. and Chicago, Illinois.

"We're crisscrossing the country and taking our stories directly to people about how the African-American community is benefiting from the Obama administration," Blake told BlackAmericaWeb.  "We're literally going to people's homes and have direct conversations. We're getting out of D.C. and approaching our efforts from a community level."

The outreach comes at a time when unemployment remains high, especially among Blacks, and three months after the president singled out job creation as a central target of the administration's domestic policy.

According to a White House news release, the president's proposed fiscal year 2012 budget would provide a $50 billion investment in infrastructure in an effort to use transportation spending—airport improvement, highway building, and high-speed rail development—to jump-start job creation.

Also, his budget proposal calls for funds to go to entrepreneurs to start businesses and create jobs in inner cities.  The plan would also continue the Research and Experimentation Tax Credit and Renewable Energy Tax Grants, which accelerate growth in the "green" industry and allow employers to hire more workers.

Obama spoke about his plans to stimulate job growth at a recent National Action Network Gala.

"We are going to keep fighting until every family gets a shot at the American Dream," Obama said, according to a White House transcript. "That's our North Star.  That's the last thing I think about when I go to bed at night--the hopes and dreams of people who work hard every single day, look after their families, take care of their responsibilities, and just need a little bit of help to make it."