Blacks Ponder Loss of Majority Status in District of Columbia

James Wright Special to the NNPA from the Washington Informer
Published: 22 April 2011 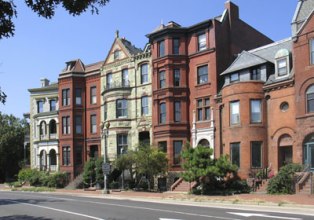 Blacks in Washington, D.C. are barely in the majority, according to 2010 U.S. Census Bureau figures.

African Americans in the District of Columbia are concerned, but not alarmed about the likely loss of majority status in the city in a few years.

Statistics from the 2010 U.S. Census Bureau report reveal that Blacks comprise only 52 percent of the population of the District, which is a sharp decline from 71.5 percent reported in the 1975 census count.  However, Blacks in the District aren't worried about the lower percentage.

"The economy is hurting everybody and people are looking for cheaper housing," said Bonnie Barrett.  "People are moving out to Maryland with Section 8 vouchers and other programs because they will be able to find better housing there," the Northwest resident said.

Barrett, 62, has identified one of the main reasons many Blacks have left the District. The city's housing costs have always been somewhat pricey compared to other major metropolitan areas in the country.

Today, the District's population is 601,723, with the arrival of 29,600 residents since the 2000 census.  However, city officials and demographers note that the overwhelming majority of new residents are not African Americans.

David Hedgepeth, a Black resident of Ward 3 in Northwest who ran against D.C. Council member Mary Cheh in the Nov. 2, 2010 general election as a Republican said that Blacks have moved to other parts of the metropolitan area because of bad city policies.

"I think it shows the failure of Democratic policies," Hedgepeth, 42, said.  "The Democrats have not delivered the city that Black people want to live in.  We are losing ground to Prince George's County(,Maryland)."

Hedgepeth also noted that Blacks who live in the Atlanta metropolitan area are leaving in droves and moving to prosperous suburbs, such as DeKalb County.

Hedgepeth, an attorney, said that he moved to Washington because of its dominant Black population.

"I am originally from the Bronx in New York and I came to D.C. because it was a 'Chocolate City'," he said.  "I am disappointed that it is no longer a 'Chocolate City.'  Our city leaders need to implement policies that African Americans might find attractive and come back into the city."

Joseph L. Askew Jr., of Northwest D.C., said that many Blacks in the District do not feel as if the city government cares about them.

"We need affordable housing, workforce development and quality health care in this city," said Askew, who serves as chairman of the University of the District of Columbia's board of trustees.

"Our city leaders need to connect with people of all classes to create a solid structure in which people can live comfortably."

The 2010 report showed that Ward 2, located in Northwest D.C., had the greatest population change from 2000 to 2010 with an addition of 11,046 residents.  Ward 6, which touches all four quadrants in the District and includes Capitol Hill, had the second largest gain with 8,563 people.

Predominantly Black Ward 8 in Southeast was the only ward to lose population.

"The growth in the District's overall population and the growth in diversity is good news for our city in a number of ways," Gray, 68, said.

"On the other hand, these census numbers speak to the importance of developing more amenities east of the Anacostia River so that as we grow as One City, current residents will want to remain in the District even as others move in.  All residents -- new and old alike -- should enjoy an outstanding quality of life no matter which ward or neighborhood they call home."

Barrett, who works for a fundraising company, said that cheaper housing is the key to getting Blacks to return to the District.

"Blacks are moving to Maryland to buy houses for 10 cents," she said half-jokingly.  "Whites are tired of making long commutes, some as long as 70 miles a day to go to work and that is why they are moving to the city.  It seems that the city government is making it more convenient for Whites to come and live here."