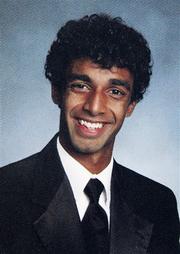 TRENTON, N.J. (AP) -- A former Rutgers University freshman was indicted Wednesday on a hate crime charge after allegedly using a webcam to spy on a same-sex encounter involving his roommate, who committed suicide shortly afterward in a case that started a national conversation on bullying.

A 15-count indictment was handed up Wednesday by a Middlesex County grand jury against Dharun Ravi, of Plainsboro, who had already faced invasion of privacy charges along with another student, Molly Wei.

The indictment charges Ravi with bias intimidation, invasion of privacy, witness and evidence tampering, and other charges stemming from the suicide of 18-year-old Tyler Clementi in September. The indictment said charges against Wei would not be presented to the grand jury "at this time."

Clementi jumped off the George Washington Bridge into the Hudson River shortly after authorities say Ravi and Wei used a webcam to peek at his liaison. Lawyers for Ravi say the webcam stream was viewed on only a single computer and did not show the men having sex.

The indictment says Ravi targeted Clementi and invaded his privacy knowing that Clementi would be intimidated because of his sexual orientation.

According to the indictment, Ravi deleted a Twitter post letting others know how they could view a second encounter involving Clementi and replaced it with a false tweet; deleted text messages sent and received by witnesses; and gave false information to police - all actions intended to mislead investigators.

If convicted of the most serious bias charge, Ravi could face five to 10 years in prison.

The death of Clementi, a promising violinist in his first weeks at college, came amid a string of high-profile suicides of young people who were gay or perceived to be gay.

Partly because of his high-profile death and the other circumstances surrounding his suicide, Clementi became a face of the issue.

President Barack Obama and celebrities including talk show host Ellen DeGeneres and sex columnist Dan Savage have talked publicly about his death and said that young gays and lesbians need to know that life gets better.

Clementi's parents, Jane and Joe Clementi, said in a statement released Wednesday that they were eager for the case to move forward in order to "reinforce the standards of acceptable conduct in our society."

"The grand jury indictment spells out cold and calculated acts against our son Tyler by his former college roommate," they said. "If these facts are true, as they appear to be, then it is important for our criminal justice system to establish clear accountability under the law."