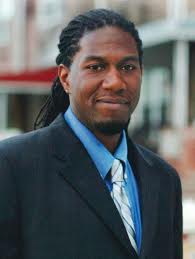 As the country begins to take a first look at its population by the numbers, Black Americans are getting a startling story.  In major cities across the country, census numbers are revealing a shrinking Black community in the urban cores of places like Chicago, New York, and even Washington, D.C.

Different factors are contributing to America's "Black flight," but one obvious question comes into play: Did Black Americans participate fully in the census?

Historically, African-Americans have been one of the most underrepresented groups during the census.  Even with aggressive marketing last year geared toward the Black community that included faith-based outreach, forums at community centers, and neighborhood meetings, the numbers don't add up.

According to the Pew Research Center, one in five people may not have filled out their census forms, citing that many Americans either had a lack of interest or did not trust the government.

In 2010, 12 percent of U.S. residents said that they weren't sure if they would participate in the census, and 6 percent said that they were definitely not filling it out.  One-third of people believed the census was a device by the government to locate illegal immigrants, while one-quarter simply didn't trust the government or had privacy concerns.

Groups that were likely to not fill out the census were described as being between the ages of 18 and 29, low-income, and less educated.

But questions remain, however, regarding the accuracy of figures for the New York City metropolitan area, which may have significantly undercounted real population increases across the five boroughs and neighboring counties.  In Queens, for instance, the census reported an increase of merely 1,343, bringing the county's total to 2,230,722 over a 10-year period.

Queens is noted for being the most diverse and immigrant-heavy borough in the city, with nearly half of its residents foreign-born.

Brooklyn saw a noticeably small increase in population, with only a 1.5 percent population growth.  Brooklyn also has a high concentration of immigrants, especially from the West Indies and Africa.  This would not be the first time that Brooklyn and Queens were undercounted, as there were problems with counting during the last census as well.  However, there is concern about what the current undercount will mean to the city and to those boroughs in particular.

Census figures have a direct impact on the services we guarantee all New Yorkers.  Any undercount in our state's population could seriously jeopardize much-needed federal funding for schools, hospitals and transportation, among other vital services," said Senate Democratic Leader John Sampson.  "Meanwhile, upstate, the population decline underscores the need for a comprehensive economic development plan to stimulate job growth."

Several elected officials are teaming up to challenge the census results, saying that there was a miscount and prove that the city has a much higher population.  City Council Member Jumaane Williams said that in his district in Brooklyn, which has a high number of West Indian residents, he was surprised by the numbers because of his office's work in getting people to fill out the census.