Doug Miller Special to the NNPA from Thedefendersonline.com
Published: 15 April 2011 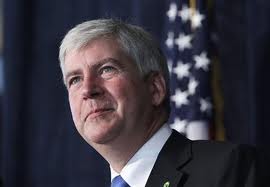 The country's economic outlook brightened noticeably in March, as employers added 216,000 jobs, pushing the overall unemployment rate down a notch to 8.8 percent and seeming to confirm that a steady job-growth dynamic is under way.

But the jobless puzzle is still missing several pieces associated with a persistently high number of workers who've been jobless longer than 26 weeks – now above six million – and a similarly persistent low number of adults who have jobs or are looking for jobs.  The labor-force participation rate of just above 64 percent is the lowest in more than two decades.

Moreover, the racial disparity in unemployment remains stark: The unemployment rate for Whites is now 7.9 percent; for Latinos it's 11.3 percent, and for Blacks, 15.5 percent.

In addition, a new idea now being widely touted by conservatives as a way to help ease states' dire fiscal problems – reducing the number of weeks the jobless can receive unemployment benefits – seems to some employment analysts to be a prescription for social disaster.

Republican lawmakers in Michigan, for instance, enacted legislation last week aimed at cutting six weeks worth of 2012 unemployment benefits for out-of-work residents.  The action opens a way for the legislature to fill a hole in the state's Unemployment Trust Fund that legislators themselves were responsible for digging more than a decade and a half ago.

In signing the legislation into law, Republican Michigan Gov. Rick Snyder generated even more controversy by hyping the short-term benefits of the bill – intended at first only to continue federal unemployment benefits for 35,000 Michiganders that were scheduled to end – without saying anything about the more than 20 percent reduction in benefits now slated to begin next year.

"These (continued federal) benefits are a lifeline for many Michigan families who are struggling in this challenging economy," Snyder declared in a prepared statement.  "Cutting them off so abruptly would have jeopardized the well-being of those who are trying hard to find work."  No mention was made of the sharply reduced state unemployment benefits that undoubtedly will leave those same out-of-work families struggling next year.

Unemployment hit Michigan with a particular vengeance during the recent recession, reaching a high of more than 14 percent in 2009.

In a bit of political sleight of hand, Republican lawmakers slipped a clause into the bill that effectively ends the payment of state unemployment benefits to jobless Michiganders after 20 weeks beginning in 2012.  Currently, every state in the nation – including Michigan – offers 26 weeks of benefits before extra payments from the federal government kick in.  Republicans and groups representing the private sector, including the Michigan Chamber of Commerce, maintained that the cuts were necessary to reduce the burden on businesses that pay unemployment insurance (UI) taxes into the state's Unemployment Trust Fund.

Right now, though, there essentially are no state-generated dollars in that fund.  It ran dry a while ago, and Michigan replenished it by borrowing nearly $4 billion from the federal government. "What they (business groups and legislators) leave out," noted National Employment Law Project (NELP) staff attorney Rick McHugh, "is that in 1995 they froze UI benefits and cut UI taxes."  Specifically, lawmakers pared the minimum UI tax from 1.0 percent of taxable wages to 0.1 over five years.

McHugh also pointed out that legislators reduced the minimum UI tax a second time in 2002. "As a result of that, billions of dollars did not go into the trust fund over the years."  In other words, the fund that lawmakers had to restock with borrowed money ran dry because of their own desire to assuage businesses by cutting UI taxes.  While partially offset by benefit freezes and other benefit cuts, those major tax reductions contributed significantly to losses of revenue and federal interest.

The net result: Legislators cut UI tax rates over a 15-year period to reduce expected contributions from businesses, and now that the bill has come due on federal loans to offset those cuts they have continued to protect businesses by slicing six weeks off what essentially has become a national standard of 26 weeks of unemployment benefits.

Given historically higher rates of unemployment for African Americans as an ethnic group, McHugh agreed that Blacks may well expect to be affected disproportionately.

Asked if he thought it made economic sense to slash benefits that ultimately would have found their way into local economies through sustained consumer spending, McHugh answered with one word: "None.  Cutting the state program for future workers is not really something that balances federal help.  It's going in the wrong direction.  It's going to hurt the economy."

Worse, he contended that businesses wouldn't be helped that much by the benefits cut. Currently, "UI taxes are 1.15 percent of total wages in Michigan," he said.  In the end, "taxes (on business) aren't going to be that much lower that it's going to make a big difference."

"There seems to be an indifference, or even a meanness, there," he acknowledged.  "An us-versus-them mentality."