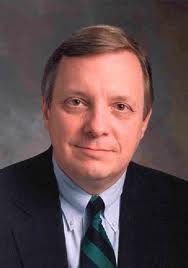 WASHINGTON (AP) -- It's touted as the biggest one-time rollback of domestic spending ever, but most folks will be hard-pressed to notice.

After all, it's just 1 percent of what the government will lay out this year.

Basically, the things most people expect from the government won't change very much if Congress approves the cuts unveiled Tuesday, the details from that late-night deal that kept federal operations going.

For starters, the budget cuts come after two years of generous increases awarded to domestic accounts when Democrats controlled both Congress and the White House. And they total only $38 billion out of the $3.8 trillion the government will spend on everything this year, including Social Security and other retirement programs.

Democrats had earlier warned the original House measure - it would have cut more than $60 billion - would have had draconian effects including widespread furloughs of federal workers, temporary shutting of meat processing plants, delays in processing Social Security applications and a big cut in the maximum Pell Grant for college education. Most of the more stringent cuts originally passed by the House have been reversed, and the maximum Pell Grant still will be $5,550 for the next academic year.

Remaining are items like $14 billion in cuts to accounts previously used for congressional earmarks, a $2.9 billion cut to President Barack Obama's high-speed rail initiative and $812 million from construction of new courthouses and other federal buildings.

But there will be no more Pell Grants for summer school. Local police chiefs will find it harder to win federal grants for equipment upgrades and emergency preparedness training - they were cut by $1.2 billion. Non-profit groups looking to open new community health centers will have $600 million less to compete for. And it just got more difficult for rural towns seeking grants to build new drinking water and wastewater treatment plants. Grants for them were cut by $1 billion.

Such cuts won't seem like the end of the world to many, though, as the government faces a $1.6 trillion deficit for the current fiscal year.

"It's a step removed from the daily lives of most people," said Sen. Dick Durbin, D-Ill.

What is more, it turns out that many of the cuts officially unveiled on Tuesday are illusory. Almost $18 billion - just less than half - involve simply mopping up pools of unused money spread across the budget. While still counting as cuts, the money from those pools can be used to shore up day-to-day agency budgets and other programs like health research. Admittedly, those cuts don't reduce the deficit.

"There's a huge chunk of money here that is ... spending that wasn't about to go out the door, so the impact is going to be smaller than we anticipated based on what the purported size of the cuts were," said Democratic budget expert Scott Lilly of the left-leaning Center for American Progress.

But Lilly and others warn that the remaining cuts will have an impact over time. Deferring federal building construction means higher maintenance costs. Cuts to water and sewer grants mean the backlog of such projects will just get larger.

And, more immediately, the Legal Services Corporation, which provides legal help to those who can't afford it, would serve fewer people. The same would be true for job training programs, community health centers and a program that mentors the children of people in prison.

The bill is just the first round. Republicans are moving to pass a broader budget plan this Friday that calls for cuts across the budget - including Medicare and Medicaid - and a deeper round of cuts to apply to the agency budgets covered in the pending bill covering the next six months of government spending..

In the next round, it will be more difficult to protect programs like heating aid for the poor and subsidies for money-losing air travel to rural airports. But plenty of lawmakers and interest groups will try.