Video: Drivers Start to Cut Back on Gas As Prices Rise 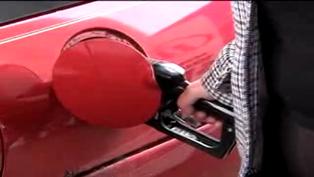 NEW YORK (AP) -- With the price of gas above $3.50 a gallon in all but one state, there are signs that Americans are cutting back on driving, reversing a steady increase in demand for fuel as the economy improves.

For five consecutive weeks, Americans have bought less gas than they did a year earlier, according to MasterCard Spending Pulse, which tracks the volume of gas sold at 140,000 service stations nationwide.

For the week of April 1, drivers bought about 2.4 million fewer gallons than they did one year earlier, or 3.6 percent. That was the biggest decline since December, when people were staying home because of snowstorms.

Before the decline, demand was increasing for two months. Some analysts had expected the trend to continue because the economic recovery is picking up, adding 216,000 jobs in March.

"More people are going to work," said John Gamel, director of gasoline research for MasterCard. "That means more people are driving and they should be buying more gas."

Instead, about 70 percent of the nation's major gas-station chains say sales have fallen, according to a March survey by the Oil Price Information Service. More than half reported a drop of 3 percent or more - the sharpest since the summer of 2008, when gas soared past $4 a gallon.

This year, gas prices have shot up as unrest in North Africa and the Middle East rattled energy markets and increased global demand for crude oil squeezed supplies. A gallon of unleaded regular costs $3.77 on average, and only Wyoming has an average lower than $3.50. Gas is already 41 cents more expensive then at this point in 2008, when it peaked at $4.11 in July.

Most analysts are sticking to forecasts of a high of $4 a gallon, though some have predicted $5 gas.

Across the country, some drivers are already hunting for cheaper gas, sometimes with the help of a mobile phone app. Others are checking out bus and train schedules, reconsidering mass transportation, or trading in their SUV for a more fuel-efficient model.

Kim Cramer, who works for Radio Flyer in Chicago, has started walking and carpooling more. She's also learned to be choosy, buying gas in suburbs, where she's learned she can save as much as 20 cents a gallon.

"I try to fill up anywhere besides the city," she said.

About two and a half days' worth of Whitney Shaw's pay each month goes just to fill up her 2001 Hyundai Accent. The administrative assistant is thinking about taking the bus for her daily commute, 50 miles each way between Branford, Conn., and Hartford.

"It's three hours of pay from work just to fill up my tank even once, so I'm definitely feeling it," Shaw said while filling up for $3.61 a gallon at a Valero station on the Berlin Turnpike.

Americans also appear to be turning to smaller, more fuel-efficient cars to save on gas. Sales of the Hyundai Sonata and Elantra soared 55 percent in March. Meanwhile, sales of Chevy's Suburban SUV dropped nearly 24 percent.

MasterCard's report shows drivers bought 2.7 billion gallons of gas last week, down 3.6 percent from the same period in 2010, when it was 80 cents cheaper.

The decline is somewhat puzzling because Americans typically curb their driving only as a last resort, after sacrificing other forms of discretionary spending, like shopping for new clothes, or going to movies, concerts and restaurants.

But demand for gas is falling while other types of spending are on the rise. Retail sales rose 2 percent in March compared with a year earlier, surprising economists who were expecting no increase or even a decline.

Gamel said it's too early to tell whether this is the kind of long-term decline in demand that the economy endured during the recession. Prices already are in the range when Americans started to leave their cars in the driveway several years ago. Drivers began to cut back on gas in October 2007, when the national average approached $3 per gallon.

Even if demand for gas keeps falling in the U.S., it probably won't be enough to force the price down. That's because worldwide demand for crude oil keeps rising.

Global demand for oil is about 87 million barrels per day, matching its peak from 2007. It is expected to grow to more than 88 million barrels a day by year's end, with most of the increase coming from China. At the same time, supply is shrinking because of uprisings in Libya and elsewhere in the Middle East.

In the United States, people are watching their local gas stations a little more carefully. Some are even getting rid of their old gas-guzzler.

Andrea Meyer of Manteno, Ill., has done both. She buys gas in the middle of the week because prices seem to jump over the weekend. And she recently sold her 2005 Chevy Envoy SUV and bought a 2011 Chevy Cruze, which gets 30 miles per gallon. She still spent about $200 on gas for the new car from mid-February to mid-March.

"I won't go hungry tomorrow," she says. "It's just taking away from me getting ahead faster. It throws off everything. It immediately makes you reprioritize."