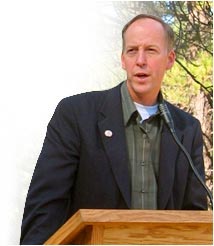 WASHINGTON (AP) -- House Republicans adamant that the government keep its hands off the Internet passed a bill Friday to repeal federal rules barring Internet service providers from blocking or interfering with traffic on their networks.

Republicans, in voting to repeal rules on "network neutrality" set down by the Federal Communications Commission, said the FCC lacked the authority to promulgate the rules. They disputed the need to intervene in an already open Internet and warned that the rules would stifle investment in broadband systems.

"The FCC power grab would allow it to regulate any interstate communication service on barely more than a whim and without any additional input from Congress," said Rep. Greg Walden, R-Ore., sponsor of the legislation. The Internet, he added, "is open and innovative thanks to the government's hands-off approach."

But in what has become a largely partisan battle, the Democrat-controlled Senate is not expected to go along with the House. Sen. John D. Rockefeller, D-W.Va., chairman of the Senate Commerce Committee, said he was "disappointed that House leadership wants to undo the integrity of the FCC's process and unravel their good work."

Even if it cleared Congress, the White House has threatened to veto a bill it said puts in doubt whether "the democratic spirit of the Internet will remain intact."

Rep. Henry Waxman of California, top Democrat on the Energy and Commerce Committee, said nullifying the FCC rules would "give big phone and cable companies control over what websites Americans can visit, what applications they can run and what devices they can use."

The FCC rules were adopted on a 3-2 vote last December after years of debate over the federal role in ensuring a free and open Internet. The FCC's three Democrats voted in support and its two Republicans opposed.

While generally seen as a compromise between technology companies fearing provider limitations on their access to the Internet and the big phone and cable companies insisting they need flexibility to manage Internet traffic, the rules drew a quick legal challenge from Verizon Communications Inc., which said the FCC had overstepped its authority.

A year ago a federal appeals court also ruled that the FCC exceeded its authority in sanctioning Comcast Corp. for discriminating against online file-sharing traffic Comcast said was clogging its network.

The rules prohibit phone and cable companies from favoring or discriminating against Internet content and services, including online calling services such as Skype and Web video services such as Netflix that could compete with their core operations. They require broadband providers to let subscribers access all legal online content.

They do give providers flexibility to manage data on their systems to deal with network congestion and unwanted traffic as long as they publicly disclose those practices. They do not specifically ban "paid prioritization," where a provider might charge more for faster transmission of data, but they outlaw "unreasonable network discrimination."

Wireless carriers are also barred from blocking access to any websites or competing services, but they are given more leeway to manage data traffic because wireless systems have less network bandwidth.

Even supporters acknowledged that the rules are mainly about preserving the status quo of a system that is generally working well.

But absent the rules, said Rep. Jared Polis, D-Colo., "there would be a major shift in power on the Internet to the broadband providers from the content providers."

He said there was legitimate fear among nonprofit and religious groups that they would be consigned to a lower tier because they could not pay a higher price for premium service. "So your Web page from Nike might load faster than your Web page from the Catholic Church because, if there was tiered access, who would be more likely to pay for the speed of the access?"

He also cited the actions of autocratic states such as China in blocking Internet content in saying the government must make clear that providers cannot discriminate against customers because of political or philosophical differences.