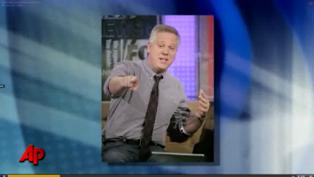 NEW YORK (AP) -- Glenn Beck later this year will end his Fox News Channel talk show, which has sunk in the ratings and has suffered from an advertiser boycott.

Fox and Beck's company, Mercury Radio Arts, said Wednesday they will stay in business creating other projects for Fox television and digital, starting with some documentaries Beck is preparing.

Beck was a quick burn on Fox News Channel. Almost immediately after joining the network in January 2009, he doubled the ratings at his afternoon time slot. Fans found his conservative populism entertaining, while Comedy Central's Stephen Colbert described Beck's "crank up the crazy and rip off the knob" moments.

He was popular with tea party activists and drew thousands of people to the National Mall in Washington last August for a "restoring honor" rally.

Yet some of his statements were getting him in trouble, and critics appealed to advertisers to boycott his show last summer after he said President Barack Obama had "a deep-seated hatred for white people."

Beck said that he went to Roger Ailes, Fox News chairman and CEO, in January to discuss ways they could continue to work together without the daily show.

"Half of the headlines say he's been canceled," Ailes said. "The other half say he quit. We're pretty happy with both of them."

Beck said he noted on his show Tuesday "how many times can I tell the (George) Soros story," referring to the liberal donor Beck has made a target of attacks.

"We felt Glenn brought additional information, a unique perspective, a certain amount of passion and insight to the channel and he did," Ailes said. "But that story of what's going on and why America is in trouble today, I think he told that story as well as could be told. Whether you can just keep telling that story or not ... we're not so sure."

Beck, who outlined on Wednesday's show his reasons for believing that "we're heading into deep and treacherous waters," told his viewers at the end of the show that his Fox talk show would conclude.

"I will continue to tell the story and I will be showing other ways for us to connect," he said.

More than 400 Fox advertisers told the company they did not want their commercials on Beck's show. Beck's advertisers were dominated by financial services firms, many touting gold as an investment.

Ailes dismissed the financial impact of the boycott but expressed some frustration with it.

"Advertisers who get weak-kneed because some idiot on a blog site writes to them and says we need to stifle speech, I get a little frustrated by that," he said.

One of Beck's most prominent critics - David Brock, founder of the liberal watchdog Media Matters for America - said that "the only surprise is that it took Fox News months to reach this decision."

"Fox News Channel clearly understands that Beck's increasingly erratic behavior is a liability to their ratings and their bottom line, and we are glad to see them take this action," said James Rucker, executive director of ColorofChange.org, which organized the advertiser boycott.

Beck was a lightning rod for other critics, as well. The Jewish Funds for Justice organized a petition drive last fall to get Beck fired for what it called his misuse of Nazis and the Holocaust phrases against political opponents.

Viewers had begun turning away. Beck's 5 p.m. ET show averaged 2.7 million viewers during the first three months of 2010, and was at just under 2 million for the same period this year, the Nielsen Co. said. His decline was sharper among younger viewers sought by advertisers.

Increasingly, the show began to be dominated by Beck standing in front of a chalk board giving his theories about the world's troubles.

However, Beck has built a powerful brand for himself through a daily radio show, best-selling books and personal appearances. Mercury Radio Arts is expanding and a key Fox executive, Joel Cheatwood, is joining the company later this month.

Beck's company created and operates a news and opinion website, TheBlaze.com. For $9.95 a month, he offers fans access to "Insider Extreme," a website that beams documentaries, Beck personal appearances and a video simulcast of Beck's daily radio show, with an extra hour featuring Beck cohorts.

Beck said ratings for his television show were not an issue, noting that "we have buried the competition in every sense." His supporters believe that the recent decline is more a reflection that ratings were abnormally high early last year.

"Call CNN and MSNBC and ask them if they'd like to have Glenn's ratings at 5 in the afternoon," Ailes said.

Ailes emphasized that Fox and Beck will continue to work together.

"We like each other," he said in a dual interview with Beck. "We're not drawing pictures of each other on the walls, having staff fights and stealing each other's food out of the refrigerator or any of that stuff."

Fox is owned by News Corp.