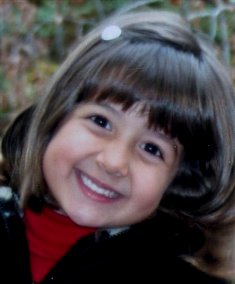 ORO VALLEY, Ariz. (AP) -- For two years running, Christina-Taylor Green put on her forest green and bright yellow baseball cap and ran eagerly onto the field at the start of the Canyon del Oro Little League season, manning second base and hitting line drives for the all-boys team.

The youngest victim of January's Tucson shootings will be on her teammates' minds on opening day Friday when they dedicate a statue in her memory that's made of steel from the World Trade Center found after the terrorist attacks of Sept. 11, 2001, the day she was born.

The sculpture, in the form of an angel, will stand 9 feet, 11 inches tall and be displayed at James D. Kriegh Park, where Christina-Taylor played Little League baseball for the Pirates.

"That this angel would be made from the remnants of the 9/11 attacks makes this tribute especially touching," her family said in a statement. "Christina-Taylor wanted to be a symbol of hope for those touched by our nation's great tragedy on 9/11, the day she was born."

It means a lot to know "there will be an angel in the outfield watching over" the Little League, her family said.

Besides a 5 1/2-foot long fragment of an I-beam from ground zero, the Freedom's Steadfast Angel of Love also incorporates a 3 1/2-foot-long piece of steel from the Pentagon and a large rock from the Flight 93 crash site, said sculptor Lei Hennessy-Owen.

"It's beautiful. It's making lemons out of lemonade," said Susan Hileman, 59, who was holding Christina-Taylor's hand Jan. 8 when the shooting erupted and was shot three times herself. Five others were killed and 13 others were wounded, including Rep. Gabrielle Giffords.

"I think Christina in her heart may have wished to have been a ballerina, but she was a baller," Hileman said. "There's no two ways about it. She was graceful and she could really hit the ball."

Christina-Taylor's father is a scout for the Los Angeles Dodgers, and her grandfather, Dallas Green, is a former manager of the Philadelphia Phillies.

She had told her parents she wanted to attend Penn State and have a career that involved helping those less fortunate. She also wanted to be the first female major league baseball player.

Hileman, other survivors of the tragedy, and Christina-Taylor's parents and brother plan to attend the ceremony.

Christina-Taylor was featured in a book called "Faces of Hope," which chronicled a baby from each state born on the day terrorists hijacked airplanes and used them to kill nearly 3,000 people.