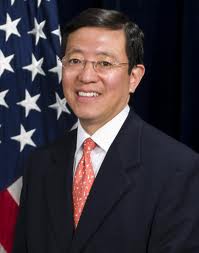 WASHINGTON (AP) -- House Republicans grilled senior officials from the Homeland Security Department on Thursday over the agency's now-rescinded practice of requiring secretive reviews by political advisers of hundreds of requests for government files under the Freedom of Information Act.

Sensational allegations by Republicans -- and a vigorous defense by Democrats -- set the tone for future interactions on government transparency between the White House and Capitol Hill. Obama repeatedly vowed in his 2008 presidential campaign to have the most open administration ever in Washington.

Rep. Darrell Issa, chairman of the House Oversight and Government Reform Committee, said the process requiring political reviews was improper and said information that was censored in government files should have been released.

The top lawyer at the Homeland Security Department, Ivan Fong, said parts of the investigative report by congressional Republicans were "irresponsible" and made him indignant. The 153-page report accused the department of "administrative incompetence, illegal politicization and official obstruction."

Fong said Homeland Security Secretary Janet Napolitano had a legitimate interest in knowing which federal records that reporters and others were asking to see.

Rep. Elijah Cummings, the top Democrat on the panel, cited results from an inquiry by the Homeland Security inspector general that found no evidence that political advisers prohibited federal records from being disclosed. The report also concluded that the advisers "had little to contribute" and caused unnecessary delays that violated deadlines under the law.

Issa cited political scrutiny over requests for government records from The Associated Press and asked the department's chief privacy officer, Mary Ellen Callahan, "Is AP on your enemies list?"

Issa said the agency's now-rescinded policy of requiring political reviews in requests for records from reporters, watchdog groups and even members of Congress "reeks of a Nixonian enemies list, and this committee will not tolerate it." He asked whether delays of up to months in turning over government files were acceptable.

"It did not meet my standards," Callahan said.

The department abandoned its practice of requiring approval by political appointees before information could be released after the AP investigated the program last year. Since July, political advisers have been afforded three business days to object to the release of information that otherwise could be withheld under nine narrow provisions in the law protecting national security, privacy or confidential decision-making. If there are no objections, the records can be released.

This week, Callahan reduced the review period to one business day. But the inspector general said even the new speedier process "is not required by FOIA and seems inconsistent" with the Obama administration's instructions prohibiting unnecessary bureaucratic hurdles responding to requests under the Freedom of Information Act.

Under the previous system in place, no files could be released to reporters, watchdog groups or even members of Congress without specific approval by Napolitano's political advisers. The inspector general called it "unprecedented involvement in the FOIA process."