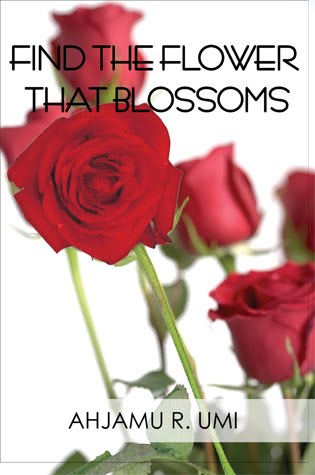 Just last week, when Ahjamu Umi walked into a restaurant in Bend, it happened again.

"Hey, it's Michael Jordan," said the man in the cowboy hat.

Without missing a beat, Umi shot back, "Hey, it's Garth Brooks."

Being one of the only Black men in town, Umi says he's grown accustomed to such encounters. But with so few minorities in Bend, racial tensions are low or not even talked about. And that got Umi thinking, "What if a large number of Black people came here?"

That's part of what inspired Umi to write the novel, "Find the Flower That Blossoms" about the travails of an interracial couple from a small, elite Central Oregon ski resort town that soon finds itself home to a housing project with 800 low-income Blacks from Los Angeles.

"The point of it is, a town like Bend, and there are a ton of them all across the country, they're fine with things the way they are where there are not that many people of color and not many people have to deal with it," he said. "But my fictional account, what if a large number of low-income Blacks were to come here, what would happen? I think, even in real life, if something like that happened, I don't think the result would be that different."

Umi says he's basing that theory off of his experience in Central Oregon, as well as conversations he's had with a number of people of color.

"Historically when you raise this, people don't want to hear it, they're upset, they're intimidated by it," he said. "Everybody always tries to make it like me raising the issue is the problem, but you wouldn't get that upset about something unless there was something to it, and that's the whole point of me raising it."

Much like the book, Umi is married to a White woman. In the book, the White female protagonist, Ashley, finds herself attracting the attention of the Patriotic Front when she begins dating a Black man assigned to manage the low-income housing project. Mirroring many real-life racial struggles, extremist violence claims the life of Ashley's best friend and the book follows the couple's struggles to overcome the tragedy that has befallen their lives.

"I think Bend is, on the surface, it's a wonderful place, everyone gets along, but underneath, there's the same kind of potential for racial problems that exist in Mississippi or anywhere else for that matter," he said.

In the book, Ashley drowns her sorrows in the bottle. Then she uses sex to ease her pain. Without revealing too much of the book's plot, the couple discovers new ways to find peace in their lives.

When he was a younger man, Umi says he was involved in mentoring and gang outreach in Los Angeles.

"My experiences as a youth got me into mentoring, I mentored gang members and negotiated gang truces in the Bay Area," he said. "So as a result of that, I was exposed to the criminal justice system, and that motivated me to get a master's degree in economics and I wrote my master's thesis on the economics of imprisonment in California."

For a number of years, he worked in the banking industry and is now transitioning into loan modifications.

"The writing has been therapeutic," he said. "The banking industry is conservative, my whole life I've been the only Black person working where I work, so you have to develop a certain personae to exist there, especially working down in Bend. It's a totally different language. If I laugh out loud, it's like everybody looks around like there's a problem."

Umi is a speaker on diversity and race for businesses and groups, and operates a blog, www.pentopeople.blogspot.com. The book, published by Publish America, is available on Amazon and Barnes and Noble.