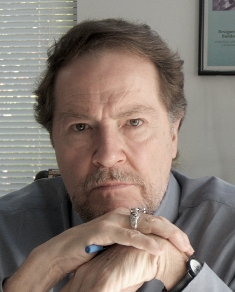 GRANTS PASS, Ore. (AP) -- An Oregon school bus driver fired after he refused to remove a Confederate battle flag flying from his pickup truck has enlisted the help of a conservative civil liberties group in hopes of getting his job back.

The Rutherford Institute of Charlottesville, Va., sent a letter Wednesday to First Student Bus Transportation Services demanding that Ken Webber of Medford be reinstated. The institute said flying the flag on the pickup truck while it was parked at the bus yard was protected by Webber's First Amendment right to free speech.

``These are important free speech issues,'' institute President John Whitehead said from Virginia. ``We are facing a crisis in this country of political correctness.''

First Student spokeswoman Bonnie Bastian did not immediately respond to a telephone call and e-mail for comment.

Webber said he was fired Tuesday for gross insubordination after refusing for the second time to take the flag off his CB antenna while parked in the bus yard in Talent, which is owned by the Phoenix-Talent School District.

``The flag's flying,'' he said from Medford.

Phoenix-Talent schools Superintendent Ben Bergreen had demanded the flag be removed from school property, citing a policy prohibiting symbols that could be offensive to minorities.

Bergreen said he had received a copy of the letter, but did not want to comment, because there might be a lawsuit.

Married with four children, Webber has maintained the flag is not a political or racist statement, but an expression of his ``redneck'' identity, also expressed in a tattoo on his left arm.

``We're doing the best we can,'' Webber said of the financial hardship the loss of his job means to his family. ``I must say, my 8-year-old makes me proud. She took my picture from the Mail Tribune (newspaper) to school for show and tell. She was telling the kids in her class, `This is my dad standing up for what he believes in and I'm proud of him for that.'''

In the letter to the school bus company, Rutherford attorney Douglas R. McKusick cited a 2002 federal court ruling that upheld the right of a city worker in Kansas to display a vanity license plate on his truck with a Confederate battle flag and the words, ``Heritage, Not Hate,'' while parked at work.

In another case last November, the Sixth U.S. Circuit Court of Appeals upheld the right of a Tennessee school district to suspend a student for wearing a T-shirt and belt buckle bearing the image of the Confederate battle flag.