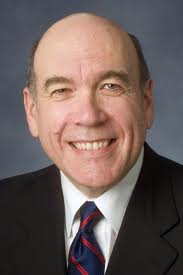 SALEM, Ore. (AP) -- Oregon's public universities have asked the Legislature for more power to manage their affairs as they face a future that promises fewer taxpayer dollars and increased pressure to raise tuition.

A key senator, Democrat Mark Hass of Beaverton, said Tuesday more control for the universities could come in a measure lawmakers have been working on for more than a year. It would allow the schools greater control over broad areas such as personnel, construction and fees.

The committee Hass chairs also heard proposals Tuesday to grant even greater authority to the University of Oregon.

The measure sought by University President Richard LaRiviere would endow the school with $800 million and make it an independent public body like the Port of Portland or Oregon Health & Science University.

But the rest of the higher education system opposes the Eugene school's proposal, and its prospects are uncertain.

If voters agreed to the debt, the state would pay it off over 30 years but would quit appropriating money to the Eugene school. The university would be governed by its own board of directors.

Those are big differences between LaRiviere's proposal and the more modest measure that Hass and the university system back. But both have as a premise that giving the schools more authority would help them manage costs and, so, keep tuition under control.

Hass said giving all the schools more authority has broad support and doesn't necessarily preclude the University of Oregon's winning even greater autonomy. ``I do think we need to do this one first, though,'' he said.

Legislators also are dealing with yet a third groundbreaking proposal, Gov. John Kitzhaber's idea for a kindergarten-to-grad school board that he controls, managing all of public education. It's not clear how the two university proposals would mesh with that.

The governor's new press secretary, Christine Miles, said he hasn't endorsed either -- nor rejected them. She said he believes the bill to give the schools greater powers is ``moving in the right direction,'' and the University of Oregon's proposal for independence is intriguing.

Tuition charges that are leaving families and graduates deep in debt are foremost in the minds of many of the players in the debate over higher education -- as a piece of testimony Tuesday highlighted.

LaRiviere said he would support an amendment that Kitzhaber had been consulted about: a cap on undergraduate tuition increases of 5 percent a year. The Legislature and governor would have to approve anything higher -- a significant curb on the autonomy the university proposes.

The idea of autonomy has drawn opposition from student organizations, and student leaders at Eugene, as well as public employees and the six other universities in the system.

Jill Eiland, a member of the state Board of Higher Education, said the board opposed a one-school approach and said Oregon should ``find ways to improve our entire system of higher education and not take it apart piece by piece.''