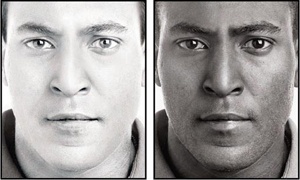 The last listening session focusing on racial profiling in Portland will be from 6 to 8 p.m. Thursday, June 22, in Emmanuel Temple Church, 1033 N. Sumner St.
With the release last month of an independent report, the question of whether or not racial profiling takes place in Portland was laid to rest — it does. The report contained information about the racial makeup of drivers in traffic stops for the years 2004 and 2005. The statistics show that police stop drivers of color at much higher rates than White drivers.
What remains is to figure out what to do about it.
The Center for Intercultural Organizing has joined with Oregon Action and other community organizations in hosting a series of community listening sessions to give the Portland Police Bureau and Mayor Tom Potter a chance to hear firsthand the racial profiling experiences of community members.
To learn more about racial profiling in Portland, visit www.portlandonline.com/shared/cfm/image.cfm?id=116691.