Several Black workers who say they were improperly treated and fired from the Tazo Tea factory in Southeast Portland have filed complaints with the Oregon Bureau of Labor and Industries. The state agency has launched an investigation into the allegations. 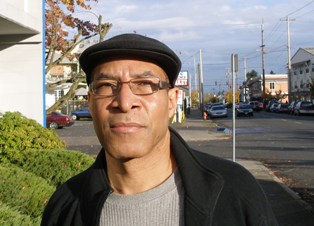 While the complaints and situations around their firings from Tazo are different, each man tells a similar tale of disparate treatment and dismissal by management when compared to the actions of their White co-workers. All of the Black workers were employed in the manufacturing/shipping section of the Tazo Tea factory in Portland.

The complaint alleges that Black employees were placed under closer scrutiny than any other employees at the plant. The former employees who spoke to The Skanner say the atmosphere made the working conditions hard to bear.

Shakur Shabazz (pictured) -- a four year employee –was fired in September 2010 for arriving late, soon after an injury caused doctors to put him on a light work schedule and managers had given him a flexible schedule, he says.

Steve Murray – a 12-year employee -- was fired in July 2010 after management told him he wasn't doing a good enough job on a position he wasn't fully trained to accomplish.

Lawrence Willis – a four-year employee -- says he was fired for "no call, no show" in May 2009 when he was sick. He says he did call in to report his absence that day.

The Skanner News was unable to speak with the fourth employee.

Stacey Krum, a spokesperson for Starbucks, says they "certainly deny the allegations" of disparate treatment or wrongful firing.

"Mr. Shabazz' complaint was the first and only indication of any such concerns at the plant," wrote Krum in an email response to The Skanner News' inquiry. "We take this issue very seriously and are cooperating in the investigation. We are confident that the evidence will show that the actions involving Mr. Shabazz and others individuals he has named were made for legitimate, performance-related reasons."

Shabbaz – like Willis – said his troubles began when he "challenged the company's policies" regarding his constant shift changes.

"I got hired the same day as a Caucasian man and I got changed regularly to swing, graveyard and day shift," he said.

In the month before he was fired, Shabazz said he began having severe spasms and pain in his foot – a foot that had nearly been severed when a forklift fell on it back in 1979. He visited two different doctors, both of which recommended he be put on "light duty." He was to work no more than 6 hours a day, according to a note from his doctor, although he said he was still put on duty that kept him on his feet.

In addition, he says he was not allowed to take his prescription pain medication during the day.

"So I'd take it at night," he said. "One night, I overslept because of that. I don't normally take medication … it kind of overwhelmed me."

The week before, Shabazz -- says managers had told him he could be flexible when coming to work. But on Monday morning, he was fired for arriving slightly past 9 a.m., despite calling in.

Murray was hired on Oct. 16, 1998 in the shipping department and said his troubles began when he asked one manager to sit in on his weekly meetings with his direct supervisor. He said he wasn't "comfortable" with her had feared she'd misrepresent his concerns during the meetings. His request was never granted.

On Dec. 17, 2009, Murray called in sick. The next day he showed up, he got a write-up. They told him there was a single order left in the in-box when he left his last shift – an order he said was not there on Dec. 16.

"I tried to explain to (the manager) that the order wasn't there when I left," he said. "In all the years I've been there, I'd never heard of anyone else being treated with such harshness."

Then in May of 2010, Murray was told he was to engage in mandatory cross-training on a job in a different part of the warehouse. Because of the previous write-up, he said he was not eligible for the .

Murray said he was given "no support that was meaningful on the new position." Others put on "cross duty" were not assigned full-time to their positions and he says White workers were not given mandatory cross-training.

He said he was fired when managers told him he wasn't suitable for the new position – a position he did not want to fill. He had been told he could not make more than three mistakes in a month – however minor – or be fired.

"We can't comment on Mr. Murray's performance, why he was moved into another role or why he was separated," Krum said. "His supervisor met with him regularly to ensure that he was being given the appropriate resources and training to succeed."

The No Call No Show That Wasn't

Willis says his troubles also began when he started questioning procedures and policies during meetings that were designed for such a purpose. According to Krum, Starbucks has an "open door" policy for such ideas.

"Most of my issues came in meetings," he said. "They'd say they were trying to empower us … but when we brought issues to them … it seems like they always stuffed them under the rug."

When he was fired for his "no call, no show," that he denies happened, he said he applied for unemployment and was granted it by the state, until Starbucks appealed the decision. He said he didn't have the funds to pay for either the appeal fee or to mail and produce copies of his records. He is now being forced to pay back more than $5,447 he received in unemployment insurance compensation that he says was used to pay bills and other living expenses.

Starbucks says they maintain resources for employees to report concerns and mismanagement.

"In addition to the various hotlines and other resources for partners to report concerns, including anonymously, we survey our partners regularly throughout the company," according to Krum. "All partners at Tazo had the opportunity to respond to an anonymous survey last year. … As far as we know, neither Mr. Shabazz nor any other individual at the plant has raised this as an issue. When our partners raise complaints we promptly investigate and seek to resolve their concerns."

BOLI spokesperson Bob Estabrook says an investigation into a complaint of employment discrimination can take anywhere from 5 months to a year, with lots of variables. Many cases will be dropped by complainants before they reach a conclusion, for a variety of reasons, he says.

After an investigator completes their investigation, the file is given to a compliance manager, who reviews the case and makes a determination. The file – if a complaint is deemed to have validity – is then moved to the Administrative Law Process, which resembles a civil or criminal court. After a trial is conducted, where both sides can call witnesses and submit evidence, a decision is made by one of BOLI's administrative law judges.

That decision is presented to the BOLI commissioner, who signs off – or doesn't -- on the final order of judgment.

BOLI investigates about 2,000 complaints a year, the vast majority of them labor-related.