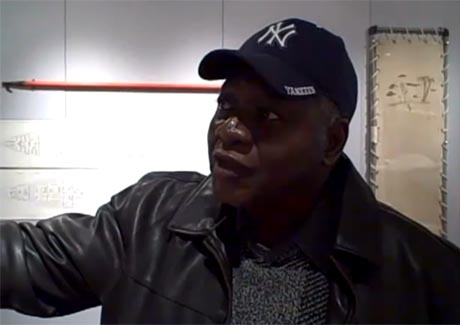 The Oregon Historical Society's traveling exhibit, "Marking Time: Voyage to Vietnam" displays some of the original artifacts from the USS General Nelson Walker, a troop transport ship that took men back and forth from the mainland United States to Vietnam and South Korea.

Now retired from 17 years in the U.S. Navy, Thomas Reid spoke with The Skanner News about his time spent aboard the USS Walker.

The exhibit features some of the actual bunks, decorated by troops with a variety of graffiti about Vietnam, peace, sex, girlfriends and other subjects (including a crass Charlie Brown cartoon that slowly turns into a Viet Cong "Charlie"). Also featured are newspaper articles about the ship, sundries left behind by the troops and safety materials brought from the ship, which had been rotting in Virginia's "Ghost Fleet."

The exhibit will be up at the Oregon Historical Society museum until Feb. 13.