Teen Hospitalized While in Custody May Win Bail 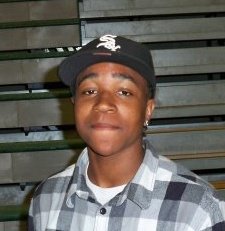 The family of Parkrose High School Senior Kyeron Fair heard yesterday that the teen – hospitalized in a cardiac intensive care unit while in Multnomah County law enforcement custody last year, then sent to a psychiatric facility after suffering a severe mental breakdown – may be offered bail early next week.

At his arraignment Tuesday afternoon, Fair's bail was reduced from $3,055,000 to $50,000 within minutes of the start of his hearing. It is the first time official charges have been lodged against him in court since his arrest during the first week of school on Sept. 13, 2010.

His family, however, says they do not have the full $5,000 expected bail fee, and community members are working to come up with the money to ensure Fair's release if possible. Anyone who wishes to contribute can contact The Skanner News office.

On Tuesday, Fair's government-appointed attorney, Gary Bertoni, entered a plea of not guilty to 14 felony charges of robbery, burglary and unauthorized use of a weapon.

Media have so far not been given access to police reports in the case to find out more about the alleged incident or incidents that led to the charges, but family members say the 17-year-old athlete has no previous arrest history, does not carry a weapon and has had no sign of mental health problems in the past.

Fair's family and state lawmakers still have not been informed exactly who put the teen into a coma, how, and when, but his mother says he was not held in the general population at either the Donald E. Long Home or Multnomah County Detention Center, and had little or no contact with other prisoners.

"From what I understand a state police investigation took place, and a District Attorney investigation is underway right now too that relates to how he was injured in custody," he said.

"There are a number of people who have been notified about this because of people talking to the Attorney General's office," Frederick said.

"There was clearly a reaction in talking to a number of legislators down here about this, and I think there is going to be more going on down here as well."

Fair's mother Kelli Jarrell said government agencies and law enforcement bureaus involved in her son's custody have failed to notify family members at key times throughout his ordeal in the system, including: when he was first taken into custody by a detective with the Portland Police Gang Enforcement Team, at Parkrose High School last September; when he was questioned by that detective without an attorney present while being held at MCDC in the Justice center downtown; when Fair was somehow severely injured while in custody and transported to Oregon Health and Science University; and again this week when a decision was made for sheriffs' deputies to move him out of the psychiatric facility and put him back into jail.

Fair, who suffered a severe psychiatric breakdown after regaining consciousness at OHSU cardiac intensive care unit, had been held at the Trillium Farm secure psychiatric facility for juveniles near Corvallis since October, 2010.

Jarrell said his physical and mental health improved there, and that staff was supportive and friendly.

On Tuesday, Multnomah County Judge Julie E. Franz opted to move the 17-year-old's arraignment up by a week, she said, to speed his opportunity for release.

She said officials had been looking into his ability to "aid and assist in his own defense," as determined by doctors at Trillium Farm.

Reading from their probate report on Fair's condition, Franz told the teen he suffered from an "undefined psychotic disorder" that has now been judged to be "in remission."

"I've been very involved in your case," she told Fair, who sat at the front of the courtroom with his hands and feet shackled. "How is your health today?"

As the judge met with attorneys in another room to discuss the bail issues, a Multnomah County Sheriff's deputy walked to the back of the court to speak with Jarrell, who waited with her daughter Diamond and toddler grandson.

"He is such a pleasure," the deputy told Jarrell. "Every day when I come to work, I look forward to it because of him," the deputy said, gesturing toward Fair.

After the meeting in chambers Franz said both attorneys had agreed to reducing the bail, but that officials would conduct a "close street review" before Fair's release, which could not be done sooner than Monday, Feb. 7.

She set a trial date of March 1 for Fair's criminal charges.

Portland Teen Hospitalized While in Custody is Taken from Psych Facility, Booked Into Adult Jail

Portland Teen Hospitalized with Severe Internal Injuries While In Custody