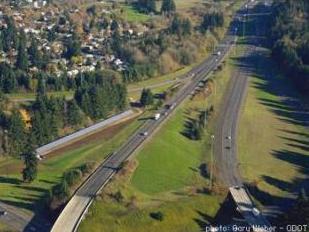 Oregon Department of Transportation's 2009-2011 budget includes $2.5 billion for state highways. Ideally the funding shouldn't just build roads and bridges; it should also build contracting opportunities and jobs in our local communities. So will it? That depends who you ask.
Cheryl Myers, Gov. Kitzhaber's newly appointed advocate for minority, women and emerging small business, said she's not ready yet to comment. Myers is learning about contracting and workforce diversity issues and will be developing policy soon.
"Right now I am on a listening blitz so I can really hear what everyone has to say. I have been talking to representatives from the minority contractors and I'll be meeting with people at the transportation department on Wednesday."
For state transportation projects too large to be split up under current rules, ODOT chooses the lowest qualifying bidders as prime contractors. Those large firms then hire subcontractors. Historically those prime contractors did not hire or subcontract with African American firms. That concerns state Rep. Lew Frederick. 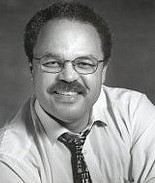 "If the prime contractor doesn't hire minorities then there just won't be any on that project," Frederick said.
The Portland Democrat has introduced a bill that would provide support to schools, local governments and state agencies who decide to act as their own prime contractors, and subcontract out construction jobs to smaller firms.
"I see a real need to do two things," Frederick told The Skanner. "First, to develop a much broader contractor base, and second, to make sure that base is not controlled by a small number of people."

Perspectives Differ on the Disparity Problem
In 2007, a seven-year study showed that African American and Asian firms had been essentially locked out of state transportation contracts. An update to that study, carried out by Florida-based MGT of America, is due June 30.
Minority contractors voice frustration that highway contracts and dollars are still not reaching Portland's minority communities.

Faye Burch, who held Myer's job during former Gov. Barbara Roberts' administration says ODOT has not done enough to remedy the disparities.
"All I am hearing is: 'We're not getting work'," she said. "Money is not coming into the African American community.
"ODOT had $45 million to achieve their DBE (disadvantaged businesses enterprise) goals. They say they met their goal, but our largest African American firm in the Portland region has had just $30,000 in work."
Michael Cobb, director of ODOT's office of civil rights, says not only do the figures show progress, but the department has put a raft of support services in place specifically to help Black and Asian contractors secure contracts.
"Matt Garrett (State Transportation Department director) always acknowledges that ODOT has a terrible history and we must do better," Cobb says. "But we are doing better. We are seeing those numbers climbing steadily. They are not where we want them to be, but they are rising incrementally."

What is ODOT Doing for Equity?
The agency has partnered with the Turner School of Construction, with Community Colleges and with business development centers across the state to help train smaller firms.
"We have programs in place to build small businesses so they can build up to doing the kind of work ODOT does, which is not the same as working on buildings; it is heavy duty highway construction. We have graduated about 30 firms a year for the last four or five years."
Cobb said ODOT now pulls smaller contracts (less than $150,000 for professional services; and less than $100,000 for construction) out of the large highway projects, for distribution to small businesses. Paperwork to register with the state has been reduced to eight pages – slim by federal standards, he says. ODOT also runs a mentoring program.
James Faison, who owns a Portland-based concrete company is in ODOT's mentoring program. He said he would recommend it to other contractors because it might help them grow. Unlike many other minority firms, Faison runs a union shop, where he employs between six to 12 masons. He subcontracts ODOT work from bigger firms. Faison said ODOT's mentoring program is beginning to take shape, after some months of uncertainty. He thinks the agency is moving in the right direction, but some policies should be changed. There's so much red tape, he says, it's hard to figure out.  Payment too is a sore spot.
"You don't get paid until 60 or 70 days after you start work," he says. "You can't bill until you've worked for 30 days, then they have 30 days to pay you and the general contractor has 10 more days. That's a killer for a small business. Sometimes the general will pay quicker because they want to help, but ODOT won't."

Do The Numbers Reflect The Problem?
Burch, who helped found the Oregon branch of the National Association of Minority Contractors, runs her own project management and consulting business. She takes issue with the state's numbers, arguing that the disparity data is flawed because it only applies to prime contractors and the Tier 1 sub-contractors who work directly for the primes.
One or two Black-owned firms in Portland perform $10 to 12 million dollars of work a year and could take on those roles, Burch said. However, the majority of the work will be further parceled out to sub-contractors who work further down the chain.
"That's where most of us are," she says. "The problems are in the sub-tiers. But they don't look at anyone below the first tier."
Burch said she dug into one project where ODOT had sub-contracted with an African American-owned trucking firm. That entire contract was credited as going to an African American business, she says. Yet, in reality, that contractor did not invite any African Americans to his pre-bid conference and awarded most of his sub-contracts to firms owned by white males. 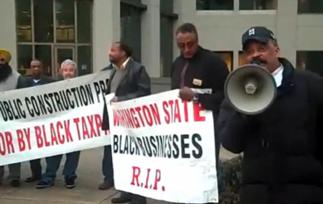 Courts Require Compelling Evidence of Discrimination
Minority contractors across the nation have struggled to get a fair share of state transportation work. In Missouri, for example, in July 2009 Black contractors stopped traffic on I70 to protest being squeezed out of stimulus contracts. Just 12 percent of the limited transportation dollars slated for disadvantaged businesses had gone to minority firms, with the remaining 88 percent contracted to women-owned firms.
Eddie Rye, a Seattle-based radio host, is a longtime advocate for African Americans in construction. "Just look at the utilization reports for Washington," he said. "When you see all the minorities together are doing 1 percent – or less – of the work, that's tragic." The Skanner News Video: Eddie Rye
A Ninth Circuit Court ruling stopped all the states in its jurisdiction, including Washington, Oregon, California, Alaska and Idaho, from using race-based goals in contracting – unless they could show compelling evidence of previous discrimination. Washington state's Initiative 200, passed in 2004, also barred any form of affirmative action in employment, college admissions or contracting.
"When all the minorities get left with just 1 percent doesn't that seem like discrimination?" Rye says. "But it will take a legal challenge to set this straight."
Michael Cobb says the court ruling is precisely why Oregon commissioned the disparity study, and the update currently in progress: to have the proof needed to get a federal waiver to develop race-based goals and a support program.
"We can't just give contracts to select people. But those who have bid have been successful."
Cobb defends the disparity study, pointing out that MGT of America has a strong track record.
"This firm we hired has worked with 40 states," he said. "They look at hard data and also conduct one-to-one interviews. And when disparity studies have been challenged in court, they have won their cases. So I know for a fact that the methodology they are using is exactly what they have to use."

To Bid or Not to Bid?
The disparity study showed inequities, but it also gave ODOT somewhat of a pass, on the grounds that African American contractors had not entered bids for many of the contracts. Black firms simply were not available for hire, the study said.
"Sure they are," contradicts Burch. "ODOT uses a very narrow set of criteria for availability. They look at your firm and say you haven't bid on the last 10 projects so you're not available."
From the contractor's point of view, Burch says, putting your name on the list of certified highway contractors or bidding on ODOT projects can seem like a waste of time, when you have never secured a state transportation contract and don't know anyone who has been awarded a contract.
"It doesn't mean you are not available," Burch says. "It means you've given up bidding—you're discouraged."
Other disparity studies use a much broader definition of availability, Burch said. They use everyone in the certification database and even those who choose not to be certified, but are licensed and qualified to do the work.
Cobb disagrees. If construction firms want to contract with the state they should follow the rules and register, he said.
"You cannot give up," he says. "A firm basically has to be breathing and registered to be eligible for state contracts. If you bid you stand a good chance of getting the contract, but if you don't bid you definitely won't get one."