By Brian Stimson of The Skanner News
Published: 27 January 2011

Just days after Christmas, local hip hop artist and educator Mic Crenshaw was given an official exclusion from the city's SmartPark garages.

Crenshaw, who regularly works out by jogging up and down the SmartPark stairwells after lifting weights at a nearby gym, says he was racially profiled by Clean and Safe security officers in the downtown garage. 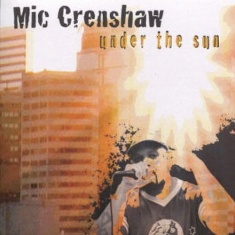 He chose not to make an official complaint about the incident – which the private security officers told him he had five days to appeal.

The Portland Business Alliance -- which contracts the Clean and Safe security -- says cracking down on trespassers is an effective way of reducing crime in the downtown area.

Crenshaw's case illustrates an authority that the Portland Business Alliance's Clean and Safe private security officers have:  the power to issue criminal trespassing notices that can then be used by city police to make arrests if the notices are ignored.

And while the Business Alliance's patrol hands out trespassing exclusions, they do not keep track of race, age or gender data that official city law enforcement does.

As a member of the Bally Total Fitness on First Avenue and Yamhill Street, Crenshaw often parks in the city-owned SmartPark garage one block down on Fourth Avenue, something he's been doing since the late '90s.

On Dec. 28, when he went for his regular exercise session after working his full-time shift as a construction worker, he decided to park on the street.

"Regardless, I was in the midst of my workout and decided I needed some cardio so I went to run the stairs," he said.

Crenshaw says he was running the stairs when he noticed two Clean and Safe officers on one of the levels. He continued to the top, crossed the garage and returned down the other side.

"About one story from the bottom, I heard 'Excuse me sir, can we talk to you?'" he said.

Crenshaw stopped, they asked what he was doing, and he told them he was working out.

They asked if his car was parked in the garage. Because it wasn't, they accused him of trespassing.

"I said 'Well I park here all the time, just not tonight. I'm already checked in at the gym, if you want to walk over to the gym, we can do that,'" he said.

They asked for identification, to check to see if Crenshaw had already been "excluded."

"In my mind, if I didn't give them my ID, they'd escalate the situation and call the cops, and accuse me of being uncooperative," he said. As a DPSST-certified security guard himself, Crenshaw says he handed over his identification.

They proceeded to write him an exclusion notice. But they told him not to worry, "This is no big deal."

At that point, Crenshaw demanded his ID back. They had already recorded his name and Crenshaw wanted to remove himself from the situation. But they wouldn't let him, he said, until a senior Clean and Safe officer arrived, 15 to 20 minutes later.

"As I'm waiting near the stairwell, hella White people are walking up the stairs, but they're not f*cking with them," he said.

According to Crenshaw, after the senior officer showed up, one of the officers said, "We saw this subject walking in the stairwell and the stairwell smelled like marijuana and then he ran from us."

"I said 'This is bullsh*t, you just lied to him to justify this harassment,'" Crenshaw said.

The Clean and Safe officers you see walking around downtown are contracted by the Portland Business Alliance through Portland Patrol Inc., a private security firm.

According to Shane Abma, vice president of downtown services for the Portland Business Alliance, Clean and Safe officers are allowed to write anyone a trespassing exclusion for breaking any of the SmartPark garage's rules --and being in a SmartPark while not being parked there or a passenger of a vehicle is breaking rule number 2.

In 2010, Clean and Safe officers wrote 1,176 exclusions for SmartPark garages in what the Portland Business Alliance calls the Clean and Safe District, which is funded by a fee charged to businesses within that area.

Abma says these officers only have the authority to issue trespassing exclusions – to parks and SmartParks in the downtown Clean and Safe business district. Other than that, they are like any other private security – observe and report. They are not allowed to detain or arrest suspects. They are allowed to ask for ID.

However, Abma said, "If they ask for it back, I would suspect they would hand it back."

But Clean and Safe officers differ from other security services.

Their uniforms are very similar to Portland Police Bureau uniforms, something that does cause concern for the ACLU, according to their staff.

Officers that patrol downtown carry firearms – although the officers that only patrol the parking garages do not. And the trespassing exclusions are sent directly to the Portland Police.

Abma says exclusions can range from 30 to 180 days. There is no record kept of how many were issued to people by race, gender, age or reason for the exclusion, says Abma.

Cheryl Kuck, of the Portland Bureau of Transportation, told The Skanner News, "Standard operating procedure is to issue an exclusion to anyone violating the rules of conduct, which are clearly posted in the garages. We have no reason to believe that the individual about whom you inquired was unfairly targeted for the exclusion issued to him."

The issue could potentially come up again, in the wake of the recent movement to encourage exercising on public stairways, promoted in "The Portland Stairs Book" and in newspaper and magazine articles. A parking garage one block away from the SmartPark garage is specifically mentioned in the book, published last year by Timber Press and written by Laura O. Foster.

While the officers told Crenshaw he would be able to appeal the exclusion within five days of receiving it, he says he didn't have the time.

"Between getting up at 6 in the morning and getting home around 5, and I'm a father and a husband and have a music career and freelance education career to maintain, so the fact that I get harassed for walking downtown in a parking garage because I fit a profile, that they lie and say where I was smelled like marijuana when I don't smoke marijuana, and that I ran from them when I didn't run from them," he said.

"You could even say I waited for them and walked to them … that I would take more time out of my schedule is an insult after they already harassed me. The whole time I was sitting there watching all these White folk walk up and down the stairs and not be bothered, I was aware, that to some of those people I had to look like the same criminal that these security guards profiled me to be. And they probably assumed because of the way the situation looked, I was up to no good, but in actuality, they (the security guards) were up to no good."