By Nicholask Geranios of the Associated Press
Published: 19 January 2011 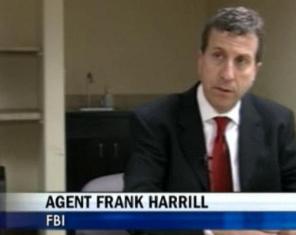 SPOKANE, Wash. (AP) - A bomb left at a Martin Luther King Jr. Day parade in Spokane was sophisticated, with a remote detonator and the ability to cause many casualties, a person familiar with the investigation said Wednesday.


Three city employees spotted the suspicious backpack about an hour before the parade was to start Monday. They saw wires and immediately alerted law enforcement, who disabled the bomb without incident.

The FBI, which is leading the case, has refused to release any details about the bomb.

The official, who spoke on condition of anonymity because he is not authorized to release information, said it was the most potentially destructive device he has ever seen.

The discovery before the parade for the slain civil rights leader raised the possibility of a racial motive in a region that has been home to the white supremacist Aryan Nations.

"I was struck that on a day when we celebrate Dr. King, a champion of nonviolence, we were faced with a significant violent threat," said Spokane Mayor Mary Verner. "This is unacceptable in our community, or any community."

The Spokane region and adjacent northern Idaho have had numerous incidents of anti-government and white supremacist activity during the past three decades.

The most visible was by the Aryan Nations, whose leader Richard Butler gathered racists and anti-Semites at his compound for two decades. Butler was bankrupted and lost the compound in a civil lawsuit in 2000 and died in 2004.

In December, a man in Hayden, Idaho, built a snowman on his front lawn shaped like a member of the Ku Klux Klan holding a noose. The man knocked the pointy-headed snowman down after getting a visit from sheriff's deputies.

Frank Harrill, special agent in charge of the Spokane FBI office, decried the planting of the bomb as an act of domestic terrorism that was clearly designed to advance a political or social agenda.

"The potential for injury and death were clearly present," he said of the bomb.

The FBI received no warnings in advance and did not have a suspect, Harrill said. No one has claimed responsibility for planting the bomb.

The federal agency has offered a $20,000 reward for information leading to an arrest and conviction in the case.