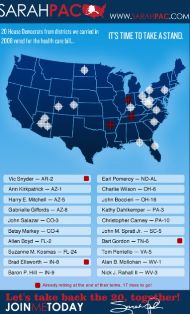 In 2002, anti-choice activists who had created a "wanted" poster-style website listing abortion providers with gun sights over their faces were found liable for damages because the site constituted "a true threat," and not protected First Amendment speech.

And in 1988, White supremacist leader Tom Metzger and his son, John, were found guilty of "organizing" and inciting the fatal skinhead beating of Portland resident Mulugeta Seraw.

The Metzgers, sued by Seraw's family who were represented free of charge by the Southern Poverty Law Center and the Anti-Defamation League of B'nai B'rith, were handed a $12.5 million fine, which effectively bankrupted their organization, White Aryan Resistance (WAR).

The American Coalition of Life Activists, sued by Planned Parenthood, collected and posted to the Internet information including the home addresses of dozens of abortion providers – three of whose names were crossed off the website's list after they were fatally shot.

The ACLA was fined $108.5 million in damages in 1999, which was eventually whittled down to about $17 million, and the website was finally shut down. 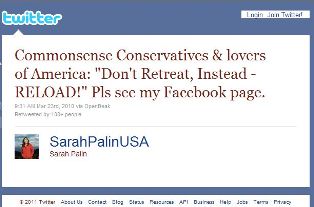 The parallels between these incidents and the Tucson shootings are striking in light of the bitter current debate on "who's responsible" for last weekend's devastating rampage.

Since the news broke Saturday morning, the Internet and cable news programs have boiled over with arguments over whether violent rhetoric fueled the carnage -- or it was just the work of one mentally ill person.

Jared Lee Loughner, 22, now in custody killing six people including a child and a federal judge – and gravely wounding Rep. Gabrielle Giffords – is not cooperating with Pima County officials, who say he has yet to talk about the attack.

While numerous interviews with Loughner's former classmates at Pima Community College draw a picture of a severely unbalanced young man, powerful conservative media figures including Sarah Palin have been accused of inciting violence with website postings and heated language.

Palin, during the midterm elections, posted a graphic on her Facebook page depicting a map of the United States with 20 gun sight-shaped images over states where Democratic incumbents who voted for the Health Care Reform Act were "targeted" for defeat by conservative voters. The image listed the 20 candidates below it, including Giffords.

"We'll aim for these races and many others," Palin wrote on the page. "This is just the first salvo in a fight to elect people across the nation who will bring common sense to Washington. Please go to sarahpac.com and join me in the fight."

The online activist network CREDO on Sunday started circulating an online petition directed at Palin, calling for her to "Renounce Violent Political Rhetoric."

"But only Sarah Palin put 20 Democratic members of Congress in her crosshairs, and only Sarah Palin bragged that 18 are now gone, leaving Rep. Giffords and Rep. Nick Rahall of West Virginia," the activists wrote.

Giffords herself, in a television news interview last March, directly criticized Palin's "crosshairs" poster on MSNBC during an interview about her Congressional offices being vandalized.

"We're on Sarah Palin's targeted list, but the thing is that the way that she has it depicted has the crosshairs of a gun sight over our district, and when people do that, they've got to realize there are consequences to that action," Giffords said. 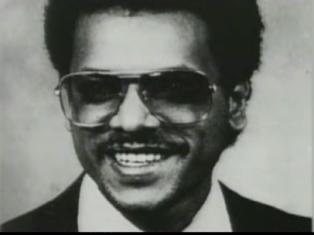 The court case against the Metzgers hinged on a witness who approached The Anti-Defamation League with direct evidence linking the Metzgers to the skinheads who killed Seraw, left, an Ethiopian immigrant and student who attended Portland State University.

That witness, Dave Mazella, had been a "recruiter" for WAR who had traveled between Metzger's home in Northern California and personally met with the East Side White Pride members later convicted of killing Seraw: Kenneth M. Mieske, Kyle H. Brewster, and Steven R. Strasser.

SPLC Attorney Morris Dees used the doctrine of "vicarious liability" to argue the Metzgers were responsible for acts committed by their followers. The jury found for Seraw's family, awarding them a record-setting $12.5 million judgment that forced Metzger out of his home.

In 1991 he was back in hot water for copyright infringement for selling a line of Nazi-themed Bart Simpson t-shirts. 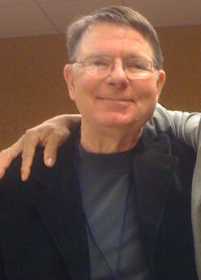 The 1980s and 90s in Portland saw many incidents of violence linked to the anti-choice movement, including a local clinic bombing and an attempted assassination by a Portland woman who traveled to Kansas in 1993 and succeeded in shooting Dr. George Tiller – but failing to kill him.

Tiller, left, was serving as an usher during services at his church when he was killed by avowed anti-abortion activist Scott Roeder in May, 2009.

The "Nuremberg Files" case was based on a Federal law against inciting violence against or threatening abortion doctors, as well as racketeering laws designed to prosecute organized crime.

Oregonline.com's detailed archive of the Oregonian's coverage of the trial boasts a timeline, lists of the "players" in the case, and many editorials and articles dating from that time.

Oregon voters legalized abortion in 1969, but rebuffed initiatives to curtail the procedure in 1978, 1986, and 1990. In 1993, on the other hand, after years of increasingly violent anti-abortion protests at clinics across the state, the state legislature declared it a felony to "interfere with a medical facility."

Starting in 1984, and through 1990, firebombs were mailed to several abortion clinics as well as the Bour's Center, a men's health clinic that provides sterilization services. Arson fires were set repeatedly.

Defendants included a core group of Portland residents as well as others convicted of bombings around the country, including Maryland resident Michael Bray, author of a book arguing for the murder of abortion providers to save the lives of unborn children, called, "A Time to Kill."

The Nuremberg Files court case took years to resolve, with verdicts flip-flopping repeatedly on the issue of whether the "wanted" posters were protected speech or not. Ultimately the defendants were found guilty of making "illegal threats" against the doctors and care providers.

Ina separate case, Advocates for Life Ministries member and Portland homemaker Shelly Shannon went on to be convicted of dozens of clinic bombings and other attacks, as well as the shooting of Tiller. She was given 31 years and is slated for release in 2018, The Oregonian reported.

When Tiller was assassinated a year and a half ago, The Oregonian quoted Operation Rescue founder Randall Terry as calling Tiller a "murderer," and denying that his group had any responsibility for the killing. "Horrifically, he reaped what he sowed," Terry said.