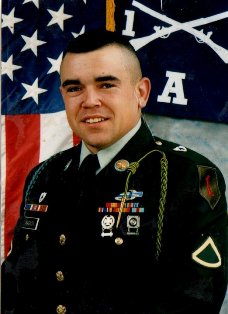 SEATTLE (AP) -- An Army investigator has recommended dropping murder and conspiracy charges against one of five Washington-based soldiers charged with killing civilians in Afghanistan for sport.

Maj. Michael P. Liles, who conducted the preliminary hearing in the case of Spc. Michael Wagnon II, wrote in his report that there was not enough evidence to sustain charges that Wagnon deliberately killed any civilian, conspired to kill civilians, possessed a human skull fragment or tried to impede an investigation.

But, he said, Wagnon should face a court martial on a charge of conspiracy to commit aggravated assault because he was present when others in his unit allegedly fired toward unarmed farmers in a field.

The report, dated Dec. 10, was released to The Associated Press on Thursday by Wagnon's attorney, Colby Vokey. A decision on whether to drop the charges will be made by Col. Barry Huggins, the brigade commander.

``What this shows is that Michael Wagnon has done absolutely nothing wrong,'' Vokey said. ``He was responding in combat as soldiers are supposed to respond.''

Wagnon, of Las Vegas, is among five soldiers from Joint Base Lewis-McChord south of Seattle accused of murdering three Afghans -- one last January, one in February and one in May -- in one of the most serious war-crimes cases to emerge from the war.

Seven other soldiers were charged with lesser misconduct, including drug use and beating up a fellow soldier who was a witness in a drug investigation in the unit; two have pleaded guilty.

The matter has prompted a top-to-bottom review of the Stryker Brigade by a brigadier general.

The prosecution's case is based largely on extensive statements given by soldiers in the unit. One of the central figures is Spc. Jeremy Morlock of Wasilla, Alaska, who described a plot led by Staff Sgt. Calvin Gibbs to murder civilians for sport and then place weapons near their bodies, making the kills appear justified. Gibbs has denied wrongdoing, but Morlock fully admitted his own involvement.

Wagnon was charged directly in the second killing, during which Gibbs allegedly killed a civilian and dropped an AK-47 by his body. Wagnon acknowledged shooting at the victim after he heard gunfire, but said he was simply coming to the aid of a fellow soldier and maintained he knew nothing about any murder plot.

``I have seen no evidence that supports that Spc. Wagnon ever entered into agreement to commit a murder, or a series of murders,'' Liles wrote.

Though others in the unit, including Gibbs, face charges that they cut fingers from Afghan corpses, the charge that Wagnon possessed human remains should be dropped, Liles wrote. It appears the bone might have been a camel's jawbone rather than a piece of human skull, with the confusion beginning when the jocular Wagnon told a ``bad joke'' that it was a piece of skull.

Liles recommended Wagnon face trial because he was present in February when Gibbs allegedly ordered soldiers to fire on two unarmed farmers in a field. Wagnon didn't shoot, but he had been briefed on what was going on and therefore took part in the conspiracy, Liles wrote.